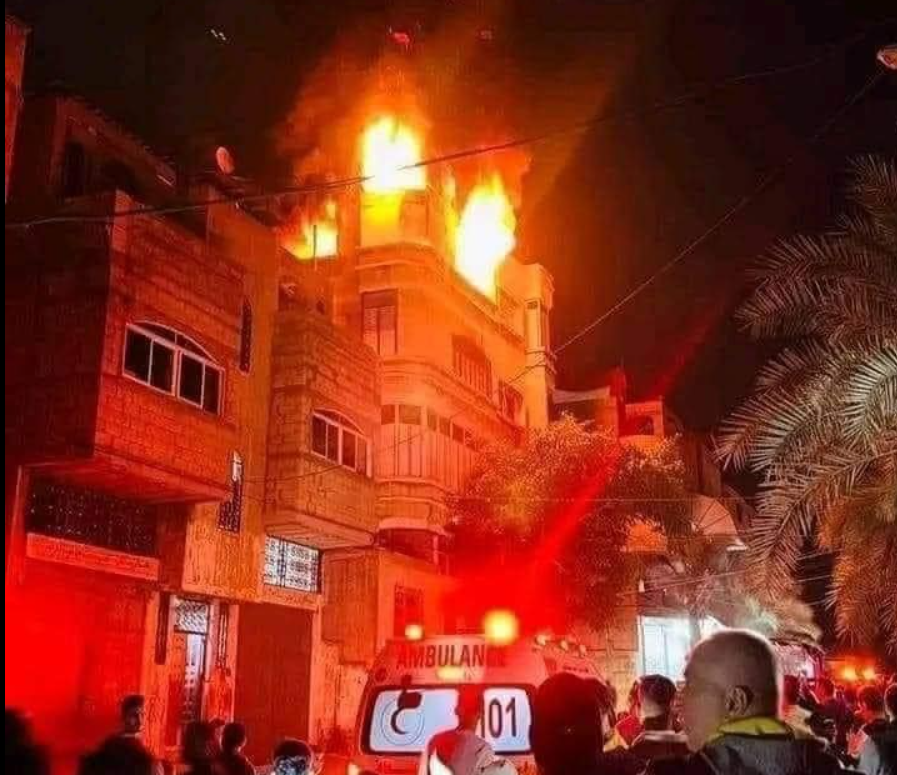 At least 21 people were killed, including children, and many others injured tonight when a huge fire engulfed a residential building in Jabalia refugee camp, north of the Gaza Strip, according to local sources.

WAFA correspondent said scores of casualties were evacuated out of the building, and were taken to Indonesian Public Hospital in the nearby town of Beit Lahiya.

He said the fire broke out in a residential apartment and spread to the rest of the building, adding that the number of casualties is likely to increase.

Preliminary reports said an amount of benzene was stored in large quantities inside the apartment, which led to the outbreak of the fire and the large number of victims.

Following the tragic incident, President Mahmoud Abbas declared mourning for one day tomorrow, during which flags will fly at half-mast at all official institutions.

He described what happened as a national catastrophe, and ordered all the relevant authorities to make everything possible to help the families of the victims and alleviate their suffering.