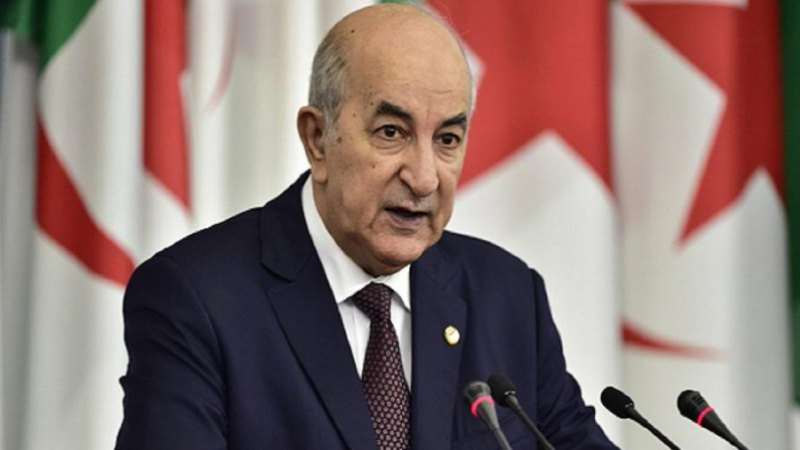 Legislative elections were scheduled to be held in 2022, but Tebboune in February dissolved parliament and called for polls to be held before the end of the year as part of reforms.

As part of the reforms, Tebboune also released dozens of pro-democracy activists of the “Hirak” protest movement, which had forced his predecessor Abdelaziz Bouteflika to resign in 2019.

The upcoming election of the lower house of the national assembly would be held on the basis of a new electoral law, which Tebboune also ratified on Thursday, a statement from his office said.

Last month Tebboune pledged that the election would be free of corruption, and would “open the doors of parliament to young people”, adding that they “must have political weight.”

His remarks last month came on the eve of the second anniversary since the Hirak protests began.

The protests have seen as revival with renewed rallies across the country, after a halt early last year amid coronavirus restrictions.

Demonstrators are demanding a sweeping overhaul of the ruling system in place since Algeria’s independence from France in 1962, and an end to the military’s domination of the North African country.

Tebboune, once a premier under Bouteflika, was elected on record low turnout in a December 2019 poll boycotted by the Hirak.

He has reached out to the protest movement while also seeking to neutralize it.

In January, he signed the country’s new constitution into law after it was approved in a November referendum, also on record low turnout.

The new constitution was pitched as responding to the demands of the Hirak, but keeps in place Algeria’s presidential regime and expands the powers of the army, a central pillar of the state.