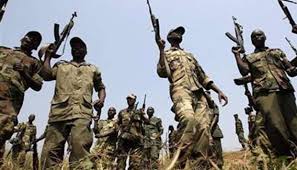 A military patrol has discovered 29 bodies in a region of eastern Democratic Republic of Congo where civilians are facing a sharp rise in attacks by Islamist militants, local authorities said on Tuesday.

The victims were found in the Beni territory of North Kivu province, local army spokesman Anthony Mualushay said, without giving further details or saying who was believed to be responsible.

“The provincial government of North Kivu strongly condemns this latest slaughter of civilians,” Kahumbo said in a statement.

A security source said it was suspected, based on the state of decomposition of their bodies and their location, that the victims were among the more than 1,400 men who escaped from Beni prison when it was attacked by suspected ADF fighters on Oct. 19.

The Allied Democratic Forces (ADF), an armed group active in eastern Congo since the 1990s, have increased attacks on civilians in the region since the army launched a fresh offensive against the militia in October 2019.

A further six people were killed by the ADF in a separate attack on Tuesday in the village of Kokola, Kahumbo said.