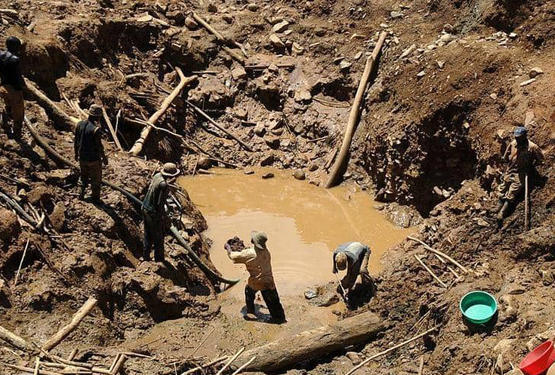 At least 21 people have died after an illegal gold mine collapsed in DR Congo.
“There was an accident at the Kampene mine, and for the moment we were able to get 16 bodies from the site of the landslide,” said Auguy Musafiri, governor of Maniema province.
“What amazes us is that the activities continued in this mine, which had been closed by the provincial division of mines” he added.
Moreover, Civil society campaigner Justin Kyanga Asumani announced the disaster occurred at about 14:00 local time (13:00 GMT) .
He stated, “dozens of people, including children and pregnant women” were operating on the site when the mine collapsed”.
More than 20 people were working on the gold seam at the time of the accident, suggesting more bodies may be found, said Stéphane Kamundala, a local activist.