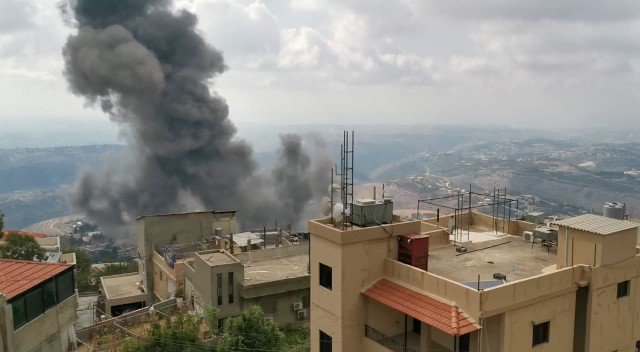 Partagez2
Tweetez
Partagez
+1
2 Partages
A strong blast has occurred in the southern Lebanese village of Qana. Footage from the scene reveals a large plume of smoke and dust rising from the site of the blast. The cause of the blast was not immediately known.

I just got a confirmation from a local citizen from AIN Qana next to Jbaa" region in the south.
Citizen reported hearing a huge explosion. #Breaking #Lebanon #News pic.twitter.com/6eVF9TVRKK