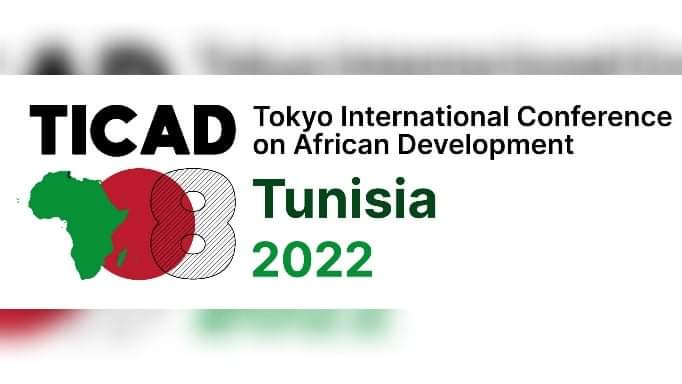 The Tokyo International Conference on African Development (TICAD) has finished its 8th edition in Tunis. The edition that took place the 27th and the 28th of August 2022 in the Tunisian capital was the most important international event Tunisia has ever organized. The organization of all the events linked to this gathering was highly appreciated and the success of Tunisia in organizing international events is more and more consolidated. The Tunisian government has invested so much in this event and played its full role as a host country knowing the importance of the success of this event either in the internal as well as the international levels.

From its side, the Japanese government gave the full support for the success of this edition, including the technical, financial and political supports to see this African Japanese event succeed despite the sanitary situation all across the world. The involvement of all Japanese stakeholders (MoFA, METI, JETRO, JICA, Jaida…as well as the Japanese Embassy in Tunis) was very distinctive.

But beyond the show what has been exactly done, what should be done now and what are the responsibilities of each side so dreams come true and we can see a real increase in the Japanese cooperation budget in Africa and the specific case of Tunisia how can we see a real inflow of Japanese direct Investments to the land of Jasmines?

The TICAD8 has shown an increase of the number of the memoranda of understanding between the Japanese government, organizations and companies and African counterparts. 92 MoUs that include different sectors aiming to intensify the cooperation between the two sides. The part of the hosting country was limited to only five MoUs concerning supporting the start-up ecosystem, the Carob Green Corridors for Sustainability in Beja, the partnership between Sompo Japan Insurance Inc. and AMI Assurances to enhance the business environment for Japanese companies entering Tunisia and finally the MoU regarding the Pre-Feasibility study for the development of seawater desalination by renewable energy. The signed MoUs indicate how important the coming cooperation between the two countries, but is that responding the great expectations on the level of cooperation and what people were waiting from the TICAD8?

For the immediate Japanese investments in Africa and particularly in Tunisia, there was no clear announcement in this regard. Some general intentions are revealed but they’re all still in the exploratory stage for the moment.

Dealing with the Japanese investments in Africa it’s worth to mention that they are not exceeding the 0.03% of the total Fdi Japanese in the World. This rate is extremely low and the strategy of Japan should be urgently revised in this concern. With respect to the high rates of growth of the economies recoded recently in the major African countries, Japan should increase its FDI to Africa to at least 5% or ensure what its immediate competitor is investing in Africa, if it wants to remain at the top of economic powers in the World. In conclusion, Japan should review its position in Africa and show much more commitment to Africa!

In the special case of Tunisia and If the objectives are to achieve what it has been done in Kenya at least during the TICAD6, we should expect a huge increase of the Japanese direct investments in Tunisia. Let’s keep in mind that the number of the Japanese companies has increased in just four years between 2016 (date of the TICAD6 in Nairobi and 2020) from around 50 to around 86 companies! and as the TICAD6 was a key turning point in the economic relationship between Japan and Kenya, it should normally be the same for the TICAD8 and should be the strong bridge between Japan and Tunisia.

This golden opportunity of the TICAD8 organization should be seized by Tunisia. Indeed, Tunisia should clarify the projects put on the table and give them all the chances of success. As the Radès bridge project is far the most important infrastructure project done in Tunisia and financed by the Japanese cooperation, the projects presented in the TICAD8 should be as realistic as immediately feasible and the Tunisian government should be precise in this concern. Surely the Bridge of Djerba should be one of the main projects to be presented to the Japanese side as it has an immediate effect on the population and the over all economic activity in the country but many other interesting projects presented in the white book are also defendable.

With regard to the promotion of the Japanese direct investments to Tunisia, this should be much easier, as the actual situation is quite satisfactory and many of the major Japanese companies have currently successful investments in Tunisia. Tunisia has all the needed ingredients to welcome additional Japanese investments in the high technologies in particular and start-ups. The ingredients include in particular the availability of the highly skilled competences, the strategic position between Europe and Africa and the acceptable and friendly legal framework. These could be essential to boost the Japanese direct investments to Tunisia, but much efforts must be done too. The next steps should be, in our mind the following:

⦁ the immediate conclusion of the non-double taxation agreement between the two countries as it gives a good signal to the Japanese business community to consider Tunisia for their next implementations,
⦁ the immediate conclusion of the Investment protection convention between the two countries to secure the Japanese companies,
⦁ the launch of an official invitation to host Jetro organisation liaison office in Tunis to increase the interest and the appetite of Japanese companies to invest and trade with Tunisia,
⦁ the immediate reopening of FIPA office in the Tunisian Embassy in Tokyo and selecting a very committed responsible to manage this office and promote Tunisia aggressively into the business community in Japan,
⦁ the launching of dedicated Unit in the Tunisian Ministry in charge of the Investment and International Cooperation to ensure a close follow-up of the projects initiated either following the TICAD8 or through the Japanese Tunisian cooperation and ensure the success of the Japanese investments and projects in Tunisia.
The Japanese cooperation should continue to build the bridges with Tunisia and the Jasmin should shine with the rise of a new sun!

Tunisia-OTE:European countries plan to restrict transfer of foreign residents’funds
Tunisia – image of the day
To Top