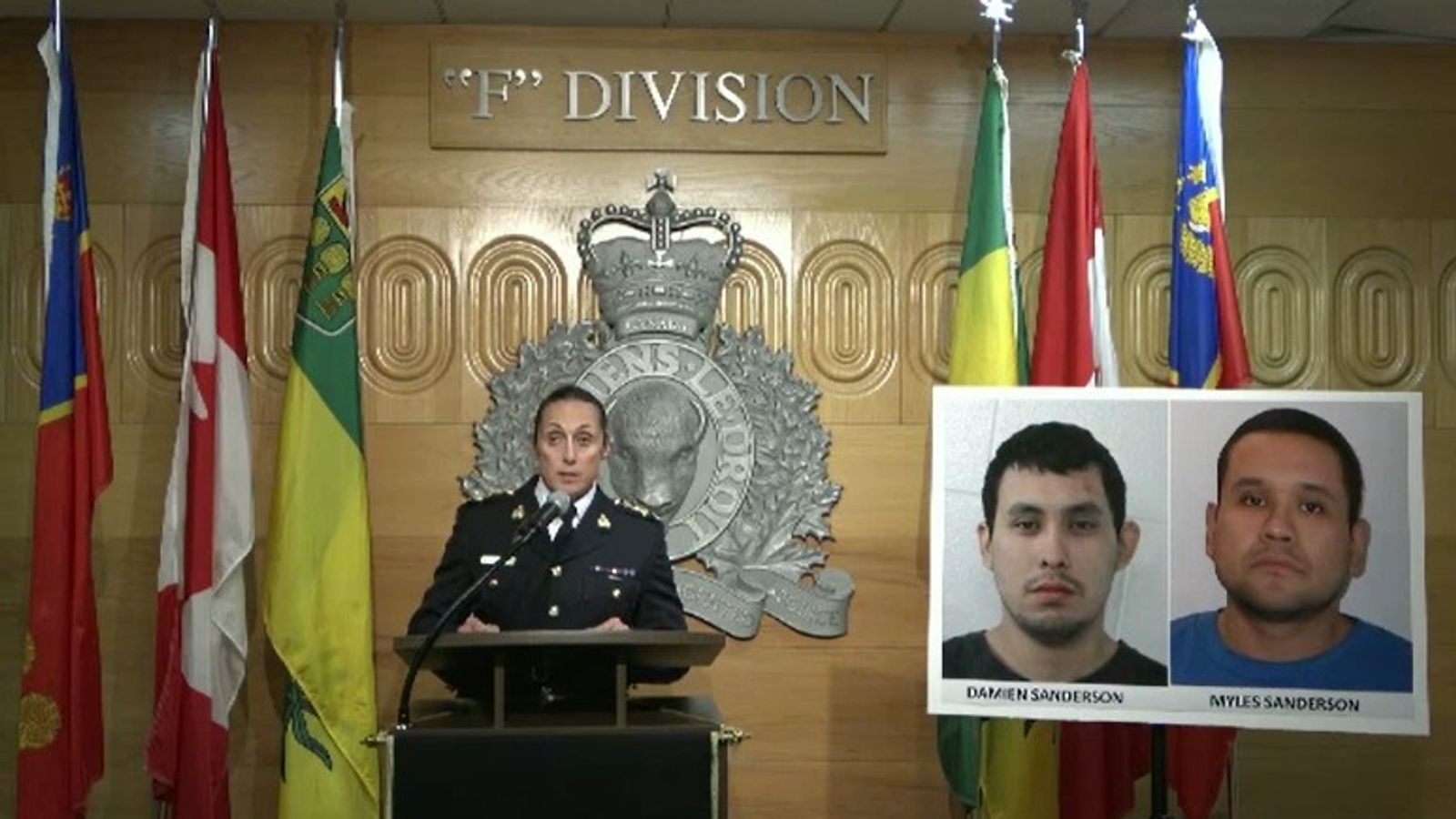 At least 10 people are dead and 15 are injured after a series of stabbings in the Canadian province of Saskatchewan, authorities declared Sunday.

The stabbings occurred across 13 locations in the James Smith Cree Nation and in the village of Weldon, northeast of Saskatoon, the Royal Canadian Mounted Police’s Rhonda Blackmore told media.

Fifteen people were sent to hospitals and additional people could have transported themselves to hospitals, she said.

Police identified the suspects as Damien Sanderson, 31, and Myles Sanderson, 30. They are believed to be travelling in a black Nissan Rogue SUV, license plate no. 119MPI, but could have switched vehicles.

“They are considered armed and dangerous,” Blackmore said.

The Saskatchewan Health Authority said patients were being treated at several sites.