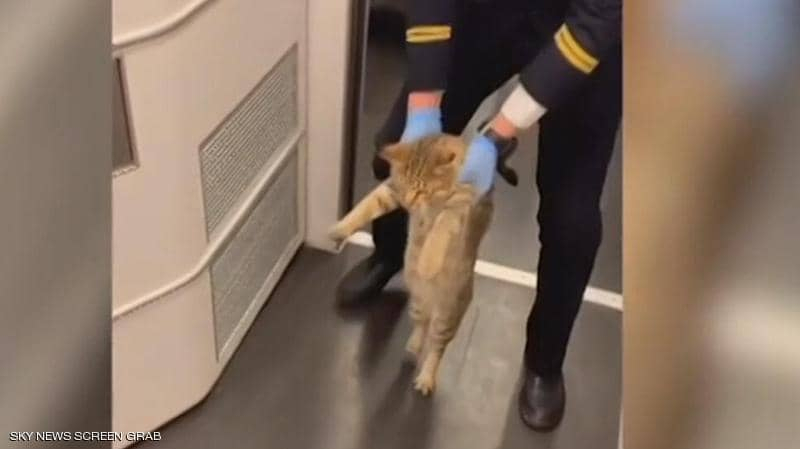 Viral footage has captured the moment a cat was escorted off a train after the furry passenger was spotted ‘travelling without a ticket’.

The feline, believed to be a stray, sneaked onto a high-speed train in China yesterday, seemingly trying to hitch a free ride.

After being caught red-handed, the animal is seen trotting on its hind legs with tiny steps as it was carried out of the carriage by a railway officer.

Millions of Chinese social media users were amused by the scene captured by a passenger in north-western Chinese region Inner Mongolia on Sunday.

The woman wrote in her post jokingly that the furry traveller had been ‘forced to leave the train after refusing to buy a ticket’.

In the video, the stray cat is seen wandering around the carriage before being picked up by a male on-board officer.

The man held up the animal’s body, leading it towards the train door, as the furry passenger walked on its hind legs while being escorted.

After removing the ‘unruly traveller’, the worker then placed the cat back onto the platform.