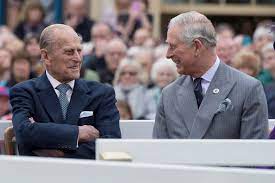 Prince Philip’s title of Duke of Edinburgh is to pass to his son the Prince of Wales, according to the College of Arms.

In a release sent out detailing some of the funeral arrangements for Philip, who died on 9 April at the age of 99, his title of the Duke of Edinburgh will pass to his son Prince Charles, who is the Prince of Wales.

The College of Arms statement said: “The Duke of Edinburgh was granted the style and title of Royal Highness on 19 November 1947; on the next day, 20 November, he was created Duke of Edinburgh, Earl of Merioneth and Baron Greenwich, of Greenwich in the County of London.

“His Royal Highness was made a Prince of the United Kingdom by Letters Patent of the present Queen dated 22 February 1957. A declaration of the same date communicated Her Majesty’s will and pleasure that her husband be known as His Royal Highness The Prince Philip Duke of Edinburgh.

“His Royal Highness’s style and titles will be declared at his funeral by Garter Principal King of Arms, in accordance with custom.”