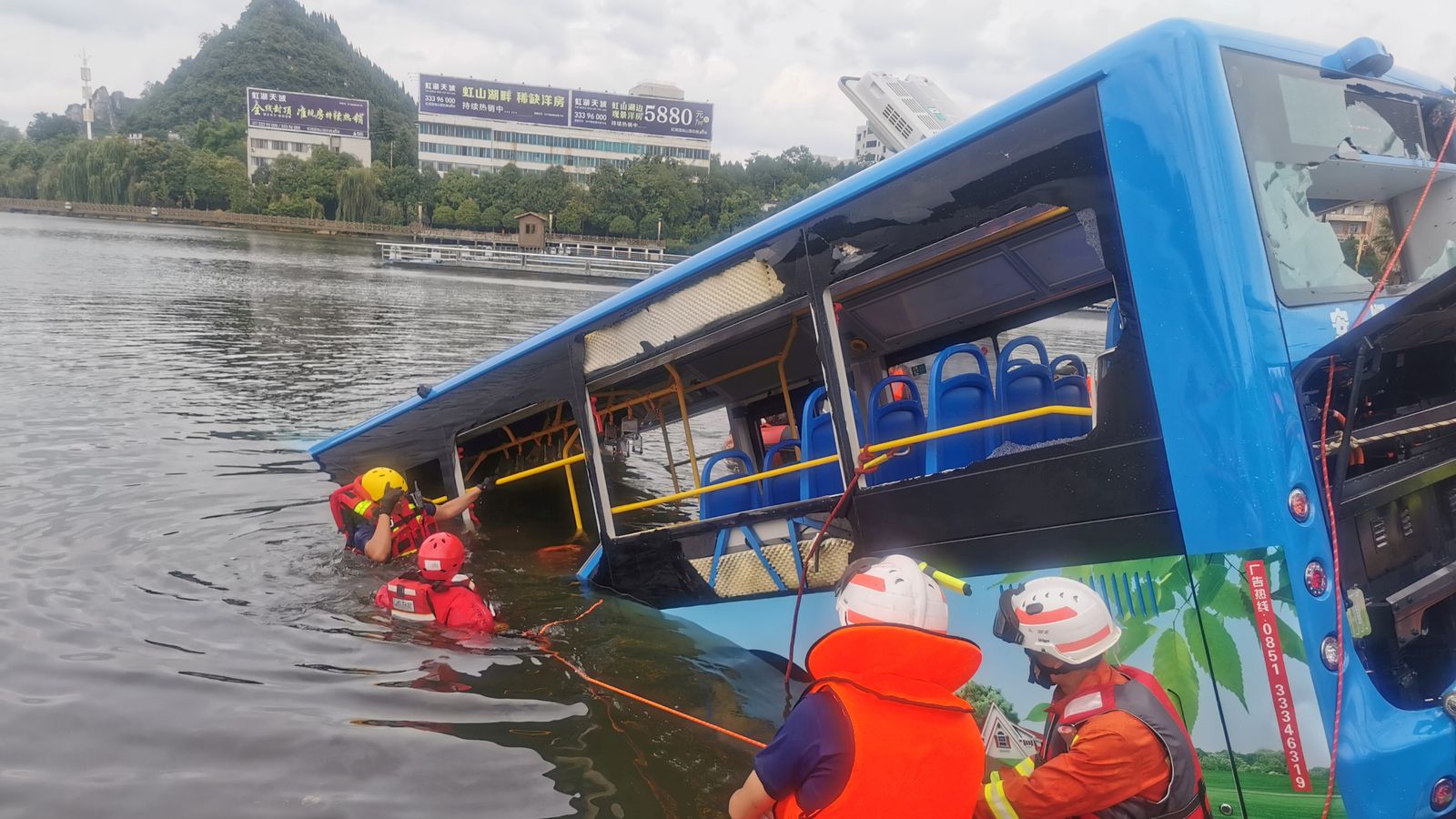 Twenty-one people were killed and 15 others injured after a bus fell into a lake in the city of Anshun in southwest China’s Guizhou Province Tuesday, local authorities said.

According to Xinhua, The injured have been sent to the hospital for treatment. The bus has been salvaged ashore and rescuers are still searching for other passengers, according to the rescue team on the site.

At around noontime, the bus crashed through the guardrail and plunged into the Hongshan Lake in the city’s Xixiu District.

An investigation into the cause of the incident is underway.