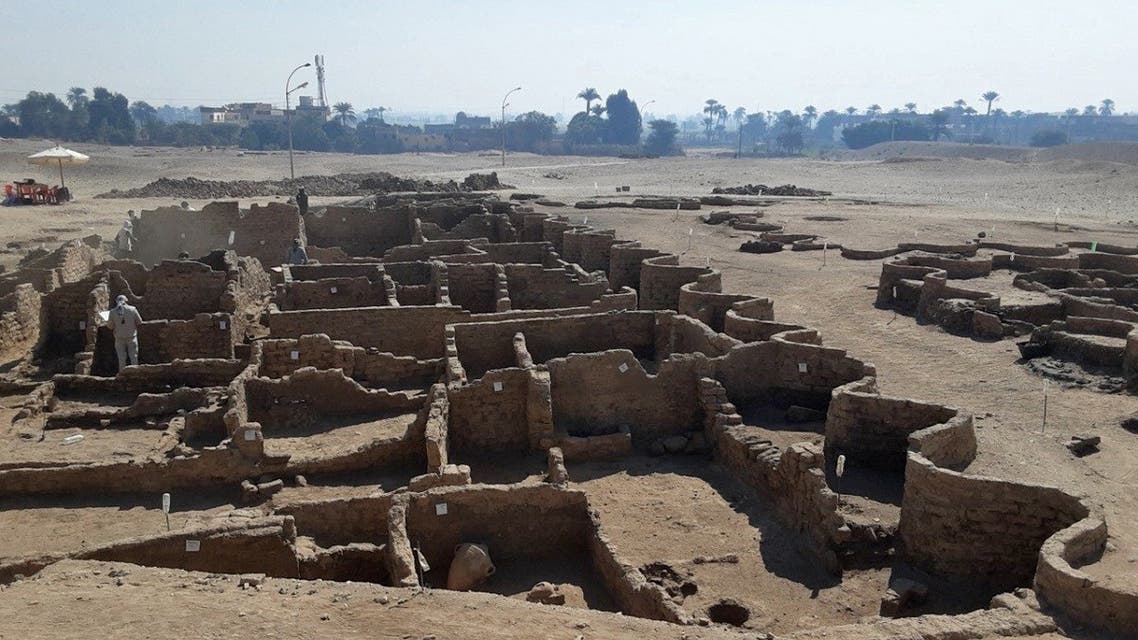 Archaeologists in Egypt have discovered a 3,000-year-old “lost city buried under the sands in Luxor, home to the Nile Valley’s famed Valley of the Kings, the latest pharaonic-era wonder to be unearthed as the country seeks to revive its tourism industry.

The city, known as the ‘The Rise of Aten,’ dates to the reign of Amenhotep III which began around 1,390 BC, and was later used by successors including Tutankhamun, according to a statement on Thursday from the Egyptian mission that made the find.

“The discovery of this lost city is the second most important archaeological discovery since the tomb of Tutankhamun, Betsy Bryan, professor of Egyptian art and archeology at Johns Hopkins University in Baltimore, said in the statement.

It offers “a rare glimpse into the life of the Ancient Egyptians at the time where the empire was at its wealthiest,” she said.

The announcement comes less than a week after Egypt staged a grandiose parade to move 22 royal mummies to a new Cairo museum that celebrates the country’s ancient heritage. The procession, which featured trucks adorned with pharaonic designs, was carefully choreographed to bolster interest in Egypt’s important tourism industry, which has been hit by the pandemic.

Excavations by a team under Egyptian archaeologist Zahi Hawass started work in September 2020 and soon found a large, well preserved city, with intact walls, a bakery and ovens, tombs, and rooms filled with the tools, as well as rings, scarabs and colored pottery. Evidence of several industries, including spinning and weaving, metal manufacture and glass-making, was also found. The mission was conducted jointly with Egypt’s Ministry of Tourism and Antiquities.

Historical records suggest the settlement consisted of three royal palaces belonging to King Amenhotep III, as well as the empire’s administrative and industrial center. Mud bricks bearing the pharaoh’s seal, or cartouche, confirmed the dating of the city.

Further work at the site could help explain what Bryan described as one of the age’s greatest mysteries: Why did Amenhotep III’s son Akhenaten and his wife Nefertiti move the dynasty’s capital to a new location at Amarna?

The coronavirus pandemic cut tourism revenue to $801 million in the three months from last July, compared to $4.2 billion in the same quarter a year earlier, according to the central bank.

Charles to become Duke of Edinburgh after Prince Philip’s death
Rapper-actor DMX, known for gruff delivery, dead at 50
To Top