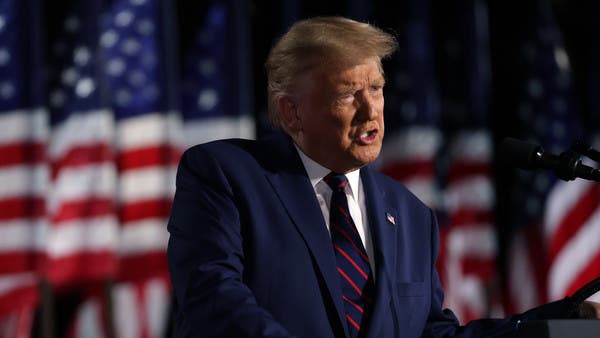 President Donald Trump accepted the Republican Party nomination for reelection Thursday before a large crowd at the White House – and against a national backdrop of explosive racial tensions and the coronavirus pandemic.

“My fellow Americans, tonight, with a heart full of gratitude and boundless optimism, I profoundly accept this nomination for President of the United States,” Trump said.

Trump opened his speech accepting the Republican nomination by mentioning Hurricane Laura, which recently lashed the Gulf Coast, killing at least half a dozen people.

Trump said Thursday during his speech to close out the Republican National Convention that his thoughts are with the “wonderful people who have just come through the wrath of Hurricane Laura.”

Laura came ashore early Thursday as a Category 4 hurricane and caused widespread damage around Lake Charles, an industrial and casino city of 80,000 people.

The storm left entire neighborhoods in ruins and almost 900,000 homes and businesses without power. Laura is the most powerful storm to hit the US this year. But there was relief that it was not the annihilating menace forecasters had feared. A full damage assessment is likely to take days.

Trump said Thursday he would visit the area this weekend.