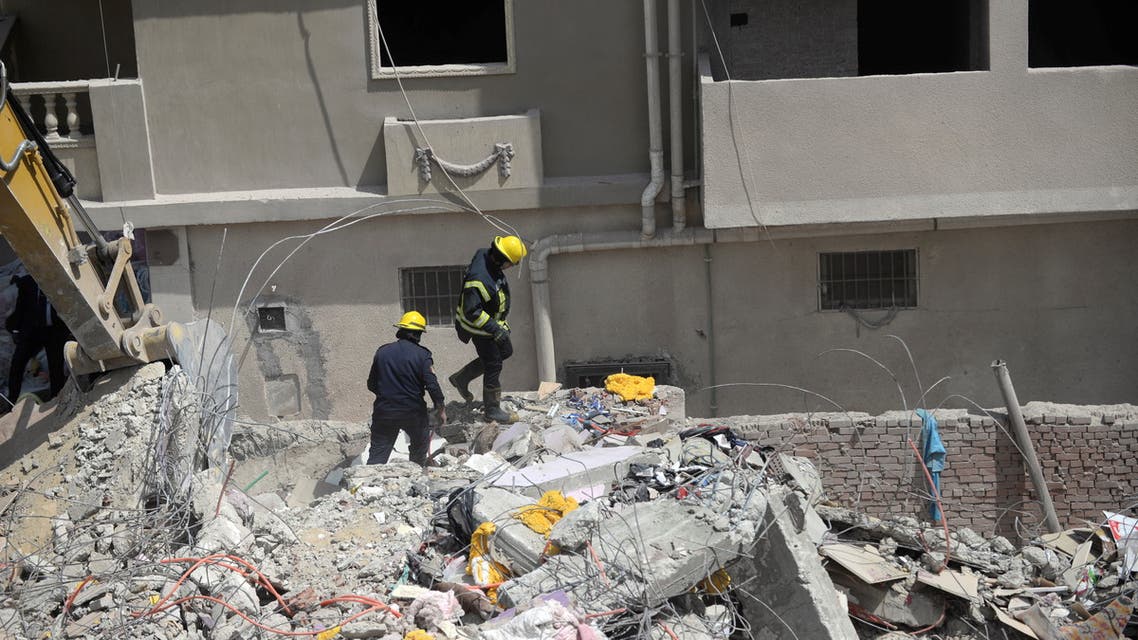 Egyptian state media said Sunday that at least 25 people were killed in a 10-storey building collapse in Cairo the day before, revising the toll up as rescue operations continued.

Al-Ahram newspaper said the number of injured in Saturday’s incident in the capital’s eastern Gesr Suez district rose to 75.

Rescue workers continued to sift through cement and rubble on Sunday, a security source said.

Al-Ahram quoted local reports as claiming four of the building’s floors had been added illegally.

Cairo governor Khaled Abdel Aal toured the site on Saturday and ordered a team of experts to be formed to inspect nearby buildings for damage.

Egypt has suffered several deadly building collapses and industrial fire accidents in recent years, due to the dilapidation of many premises and the failure of many constructors to respect safety and planning measures.

Often developers add floors on foundations that are not designed to support them in order to boost profits.

Saturday’s accident came a day after a train crash in the southern province of Sohag killed 19 people and injured more than 180 others, the latest in a series of deadly collisions generally attributed to poor infrastructure and maintenance.

Also Saturday, a fire ripped through ramshackle shops near a train station in the eastern city of Zagazig, in the Sharqia governorate, without causing any deaths.

Egypt, the Arab world’s most populous nation, has been beset by a series of woes that began Tuesday when a giant container ship got stuck in the Suez Canal, vital for international shipping.

The blockage, now in its sixth day, has stalled more than 300 cargo vessels at either end of the 193-kilometre (120-mile) waterway.

The crisis is causing multi-million-dollar losses daily for Egypt, which relies on Suez Canal revenues for its economy, and has forced companies to reconsider re-routing vessels around Africa’s Cape of Good Hope, a longer and more expensive way to travel between Asia and Europe.(