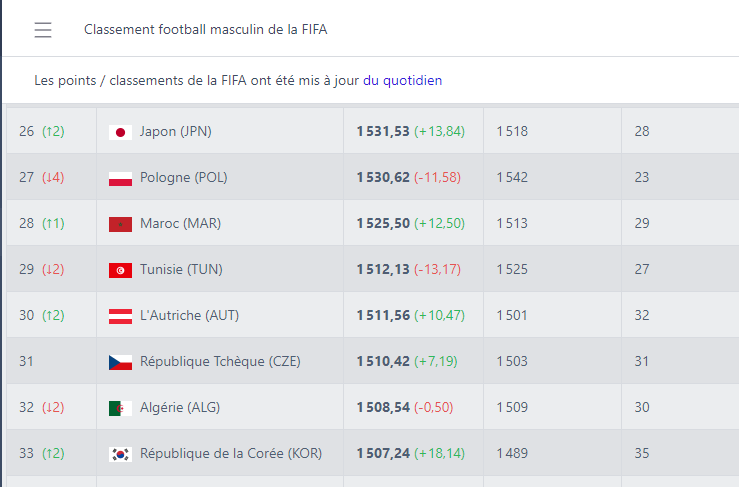 Partagez1
Tweetez
Partagez
+1
1 Partages
Despite its qualification for the African playoff next March, the defeat of Tunisia against  Equatorial Guinea during the D5 of qualifying was expensive for the Eagles (-13.17 points), as it ranked 29 in the FIFA ranking.
With a new score of points equivalent to 1512.13 points, Tunisia remains the 3rd African nation in the FIFA rankings, ahead of Algeria (32) and Nigeria (36th) however it was overtaken by Morocco (28th) and Senegal ( 20th) already ranked first in Africa.
On the world podium, Belgium remains first (-3.89 points) ahead of Brazil and France who have raised their points scores respectively (+6 pts) and (+6.91 pts).
Partagez1
Tweetez
Partagez
+1
1 Partages