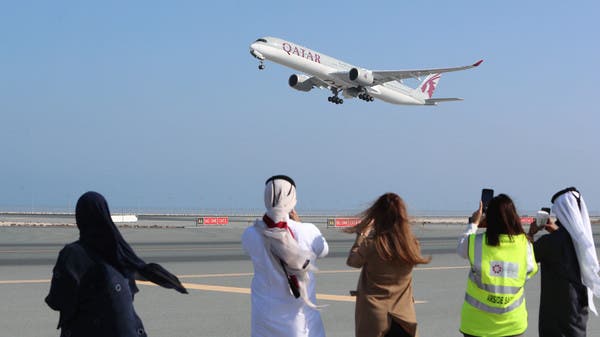 A Qatar Airways plane landed in Saudi Arabia’s Riyadh from Doha on Monday, the first commercial flight between the two nations in three and a half years.

The move comes after both countries agreed to renew diplomatic and trade relations following a more than three-year dispute.

The Qatar Airways flight took off from Doha at 10:45 a.m. GMT and touched down at 12:10 p.m. GMT, according to the airline’s timetable
Partagez88
Tweetez
Partagez
+1
88 Partages