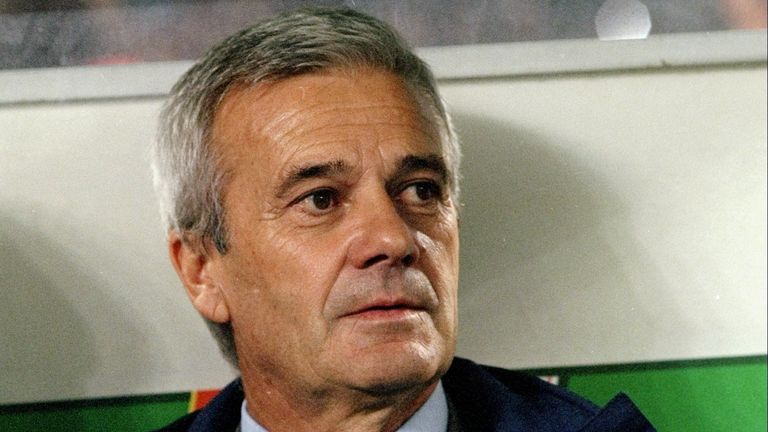 Former Inter Milan coach Luigi Simoni, winner of the UEFA Cup with a side which included the Brazilian Ronaldo, has died at the age of 81, the club said on Friday.

Simoni, whose coaching career spanned four decades, never recovered after suffering from a stroke almost a year ago.

“Today, 22 May, he left us. Not just any date, the most Inter-related date of all,” Inter Milan said in a statement.

Inter on Friday marked the 10th anniversary of becoming the first Italian team to win the treble when the Jose Mourinho-led side won the Champions League final.

A midfielder during his playing career Simoni lined out 368 times, including 187 in Serie A, scoring 32 goals for clubs including Juventus, Torino and Napoli, with whom he won the Italian Cup in 1962.