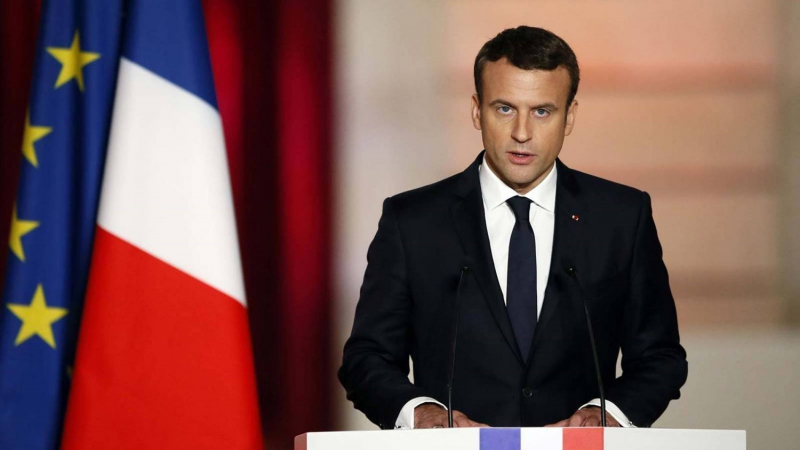 French President Emmanuel Macron strike out at what he called Turkey’s “criminal” responsibility in Libya.
Speaking during a visit to Germany, Macron firmly denounced Turkey’s activities in Libya as “unacceptable.”
He stated Turkey “doesn’t respect any of its commitments.” France views Ankara as an impediment to achieving a cease-fire in the conflict-torn country.

France attacked Turkey of renewed breaches of the U.N. arms embargo and of sending Syrian fighters to Libya.
Macron more denounced intervention in Libya from Russian private military contractor Wagner.
Libya has been in turmoil since 2011 when a NATO-backed uprising toppled leader Moammar Gadhafi, who was later killed.
The country has since been split between rival administrations in the east and the west, each backed by armed groups and different foreign governments.
Macron denied backing the east-based forces led by commander Khalifa Hifter, stressing France is in favour of finding a “political solution.” The U.N.-supported government in the capital, Tripoli, is mainly backed by Turkey.