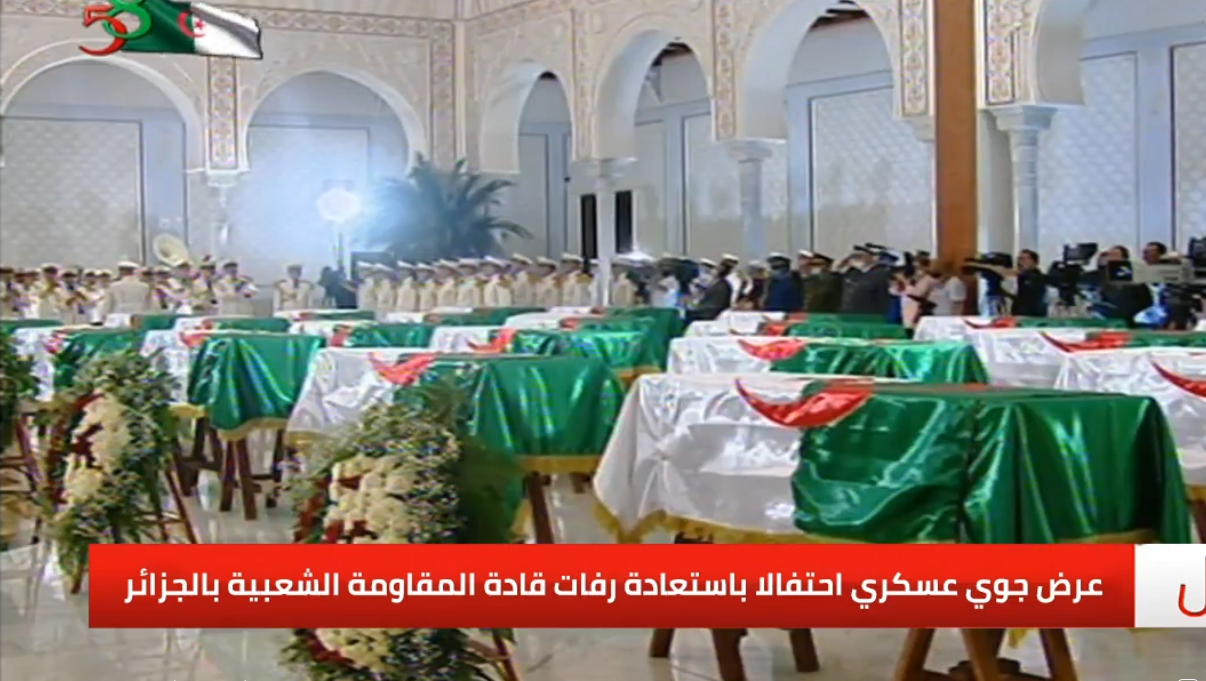 In a military ceremony, Abdelmadjid Tebboune stated: “Within a few hours Algerian military planes will fly in from France and land at the Houari Boumediene international airport with the remains of 24 (members) of the popular resistance”.

“They [fighters] have been deprived of their natural and human right to be buried for more than 170 years. Led by Cherif Boubaghla and Sheikh Ahmed Bouziane, the leader of the Zaatcha [oasis] uprising and their brothers, the remains include a skull of a young man who was younger than 18 years old,” said Tebboune.