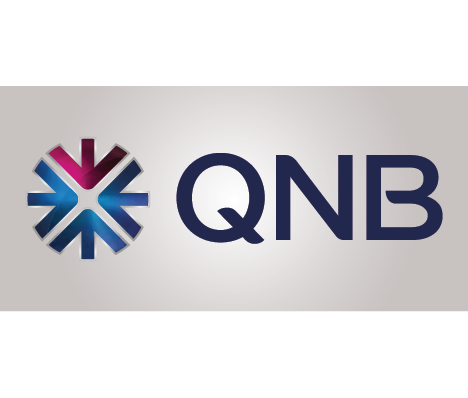 In early 2020, the spread of Covid-19 spurred the worst global recession since the immediate post Second World War. This year, with the start of the Russo-Ukrainian conflict, the world faces the most significant military event in Europe since the Second World War. The negative shock created by the Russo-Ukrainian conflict will accelerate “stagflationary” (low growth with high inflation) trends and potentially reverse some of the economic gains generated by the extraordinary policy stimulus that followed the Covid-19 shock. The European Union (EU) is particularly vulnerable in this new environment. This article elaborates upon how an energy crisis is approaching the EU.

Energy mix for the EU 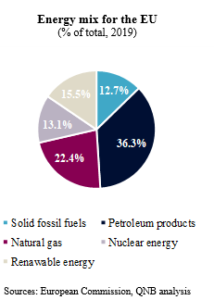 The economic measures that followed the beginning of the hostilities in Eastern Europe are already creating significant disruptions in commodity markets. Even before the war started, several commodities were already priced at all-time highs with stockpiles at historically low levels. Energy markets are an important element of this stress. Russian exports represented 13% and 26% of global oil and gas trade over the last couple of years, respectively. While the EU carved out the energy sector from its sanctions against Russia, seaborne crude oil flows are already disrupted, due to military activities in the Black Sea and restricted trade, trading and logistical activiting from shipping companies, commodity traders and bankers. However, the flow of Russian gas to the EU, key for the energy security of the continent, is still running. Any disruptions to these flows would likely create a major energy crisis in the EU.

Current discussions about what currency to use to pay for the Russian exports of gas suggest that Moscow may not be keen on accumulating trade surpluses in USD or EUR, which are subject to sanctions. Russia has recently requested to be paid for its gas exports in its national currency, the Russian Ruble. There are concerns that this discussion can lead to an interruption of the gas trade.

Three key facts highlight the magnitude of the gas problem to the EU.

First, 61% of EU energy consumption is imported, making it particularly vulnerable to negative supply shocks in the global energy complex. Importantly, natural gas is a major source of energy in the EU,  representing nearly 25% of its total consumption. About 90% of this natural gas is imported, of which over 40% traditionally comes from Russia in the form of both pipeline gas and liquefied natural gas (LNG). Therefore, Russian gas volumes are currently necessary to maintain the EU energy system operating normally. 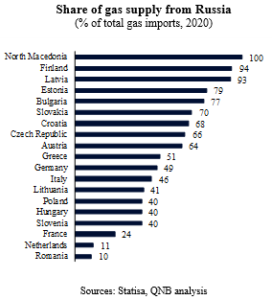 Second, some EU countries are more vulnerable than others are to a sudden stop in Russian gas flows. Northern European countries, including Germany, but also Austria and Italy, are particularly dependent on Russian pipeline gas. A higher dependency would require a bigger effort in arranging alternative supply sources for these EU countries.

Third, major gas and LNG exporters, such as Australia, Qatar and the US, cannot immediately substitute Russian gas in the EU with LNG in the short-term. This is due to a lack of energy infrastructure capacity in EU consumer countries. The EU power grid is not integrated and LNG re-gasification facilities are limited in number and scarcely distributed across the continent. Moreover, LNG supply flows are largely tied to long-term contractual commitments that cannot be easily amended without significant costs. It will take time and significant financial resources to integrate the EU power grid, build new re-gasification plants, re-vamp old energy plants and re-source energy imports. According to Annalena Baerbock, the German Minister of Foreign Affairs, her country is prepared to “pay a very, very high economic price” in this crisis, which risks having “lights go out” in Germany or Europe. Energy transition plans away from fossil fuels are also being temporarily suspended and reformed, as energy security becomes a priority. Coal and other sources of energy considered to be “fossile and non-green transition” could help bridge the energy gap until alternatives created by new investments materialize. This, at the same time, would postpone the political agenda in some European countries of an energy transition towards a net zero carbon emission environment.

All in all, the Russo-Ukrainian conflict poses a major threat to the EU energy security. Natural gas is key in the EU energy mix and Russia is a major gas supplier to Europe. Gas flows can be disrupted by both military activity and economic measures against Russia, such as sanctions, embargoes and export bans. Northern European countries are particularly vulnerable to the crisis, due to their higher dependency on Russian gas.

Tunisia-Erdogan said he was saddened by the dissolution of parliament
By Imed Derouiche :Green Hydrogen from waste: Is it a dream ?
To Top