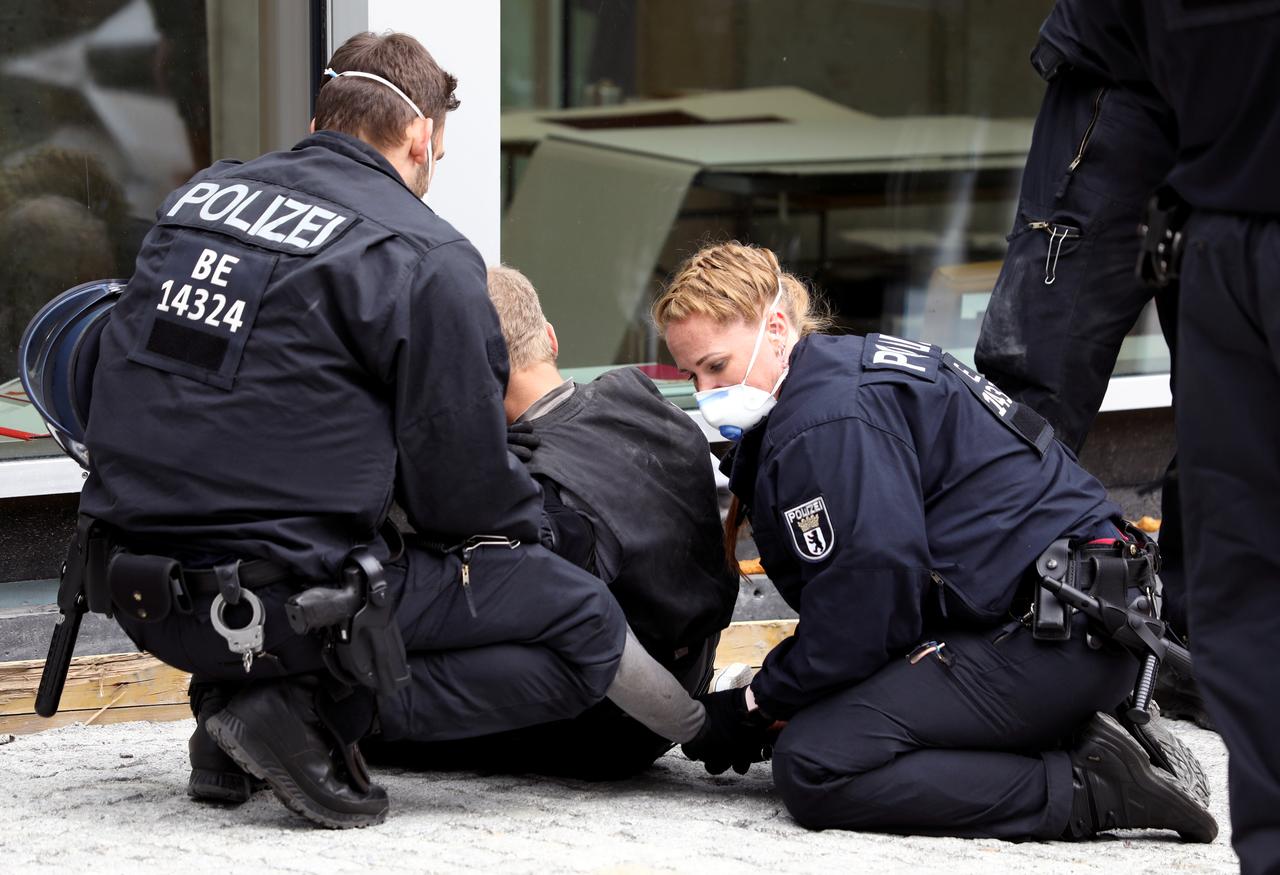 German police wearing riot gear and face masks tussled on Saturday with dozens of protesters demonstrating in central Berlin against the coronavirus lockdown on public life.

Protesters shouted “I want my life back” and held up signs with slogans such as “Protect constitutional rights”, “Freedom isn’t everything but without freedom, everything is nothing”, and “Daddy, what is a kiss?”

Police said on Twitter they had arrested more than 100 people.

Some protesters tried to keep a distance from each other, sitting on the ground and wearing masks, but others clustered together.

Like dozens of countries around the globe, Germany has put in place strict curbs on public activity to slow transmission of COVID-19, imposing its lockdown on March 17.

The protesters handed out newspapers entitled “Democratic Resistance”, which said the new coronavirus is an attempt to seize power by spreading fear. The papers quoted 127 doctors from around the world who question the need for strict lockdowns.

Police spokesman Thilo Cablitz said permission had been granted for a newspaper distribution campaign, but the health authorities had not granted permission for a public demonstration.

“During coronavirus times and according to containment regulations, we are obliged to prevent a gathering,” Cablitz said, adding 180 police officers were on duty.

Germany’s Constitutional Court ruled earlier this month that people have the right to hold protests if they adhere to social distancing rules, after pro-democracy activists brought a case argued that the lockdown breaches freedom of assembly.