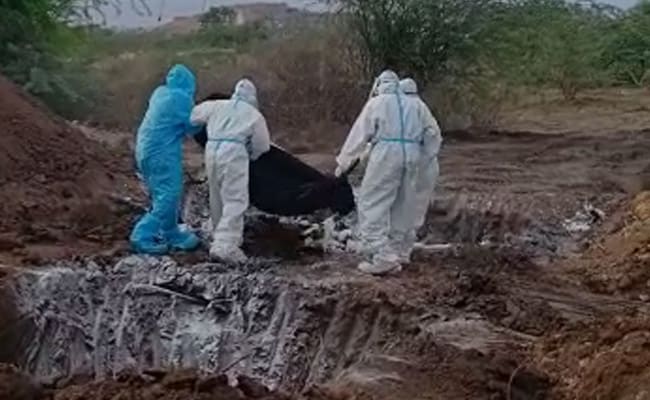 Anger spiked in India after a video showed health workers tossing the Bodies Of COVID-19 Victims Into Mass Grave In Karnataka.The bodies were of eight people who had died of Covid-19 days earlier.
Speaking to BBC , Senior district official SS Nakula said”We have issued a letter of unconditional apology to the families of the dead. We are very hurt by this and we are very sorry. We condemn the way corpses have been treated. They should have been treated more humanely,”
“They followed all the protocols. Where they have gone wrong is not the part of the protocol but the mentality that a dead body should be handled with dignity,” he added.
He said that the men in the video had been removed, adding that they would be replaced by a new team who would dispose of bodies “with sensitivity”.