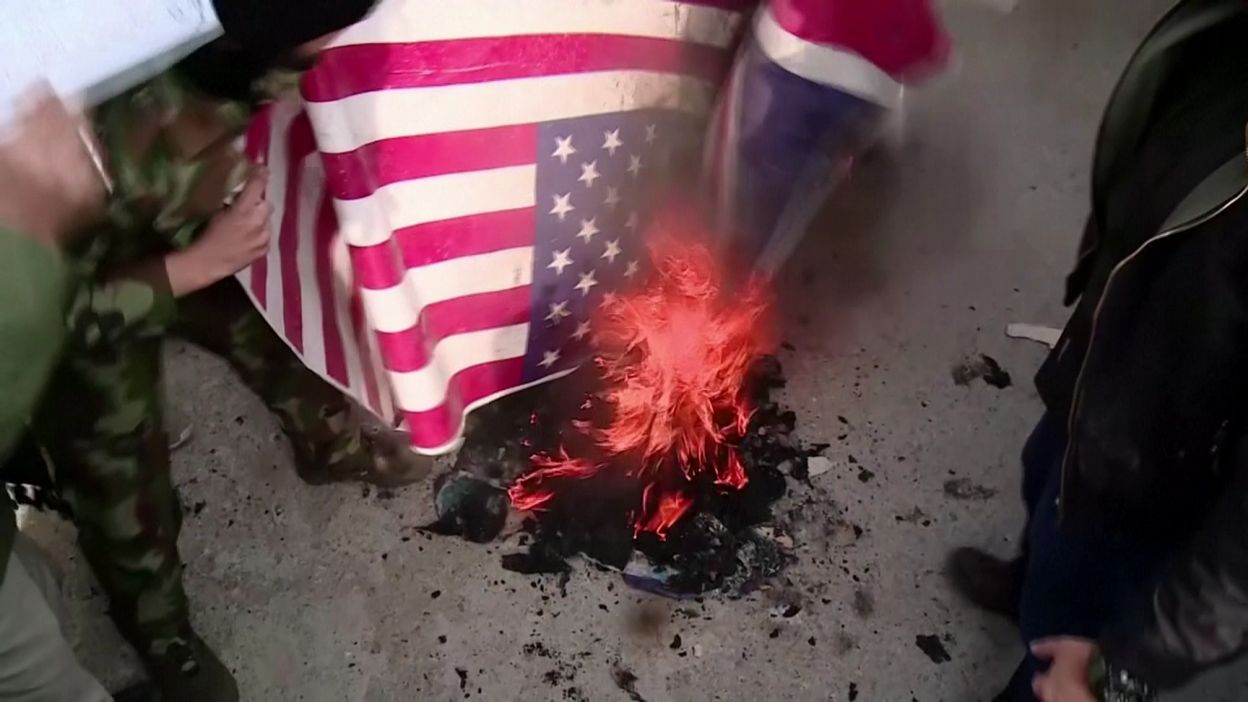 A factory based in the hometown of former Iranian Supreme Leader Ayatollah Ruhollah Khomeini is producing Israeli and U.S. flags primarily for the purpose of supplying props for protesters to burn during anti-U.S. rallies.

Reuters reported that the Diba Parcham flag factory in Khomein, Iran, produces about 1.5 million square feet of flags per year — much of its production going to U.S. and Israeli flags. As many as 2,000 per month are produced during times of increased tensions, according to the owner.

“The people of America and Israel know that we have no problem with them. If people burn the flags of these countries at different rallies, it is only to show their protest,” he added.