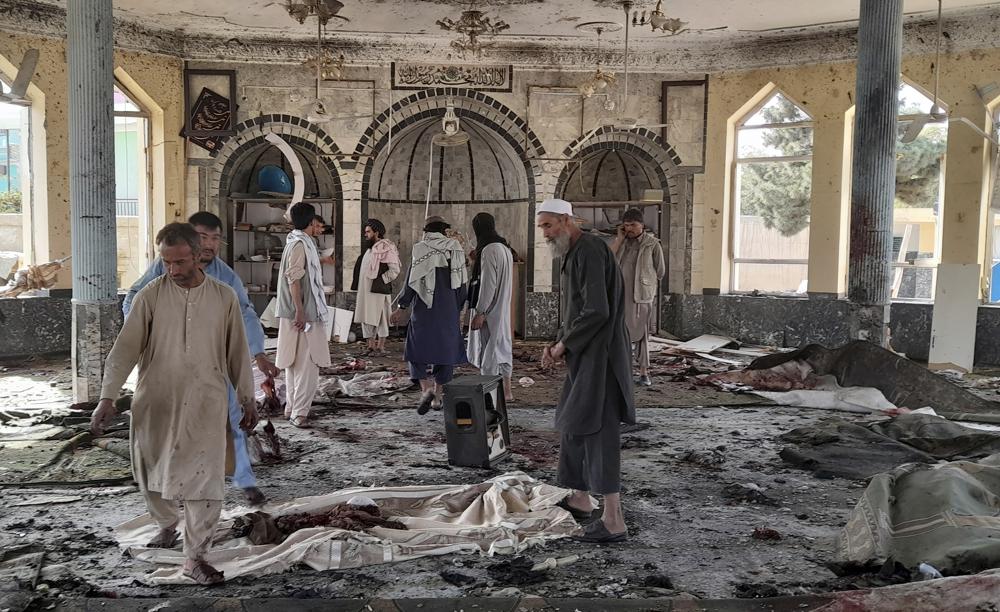 A suicide bomber attacked a mosque in Afghanistan’s northeastern Kunduz province on Friday, killing scores of worshippers in the country’s third attack this week on a religious institution.

Islamic State claimed responsibility for an attack that state-run Bakhtar news agency said had killed 46 people and wounded 143. Two health officials told Reuters the death toll could be between 70 and 80.

Video footage showed bodies surrounded by debris inside the mosque, which is used by the minority Shi’ite Muslim community.

The blast, which the United Nations mission in Afghanistan called part of a disturbing pattern of violence, follows others in recent days at a mosque in Kabul and a religious school in the eastern province of Khost.

There have been similar attacks in recent weeks, some of which have also been claimed by Islamic State, whose fighters are Sunni Muslims.

The attacks underscore security challenges facing the Taliban, which took over the country in August and have since carried out operations against Islamic State cells in Kabul.