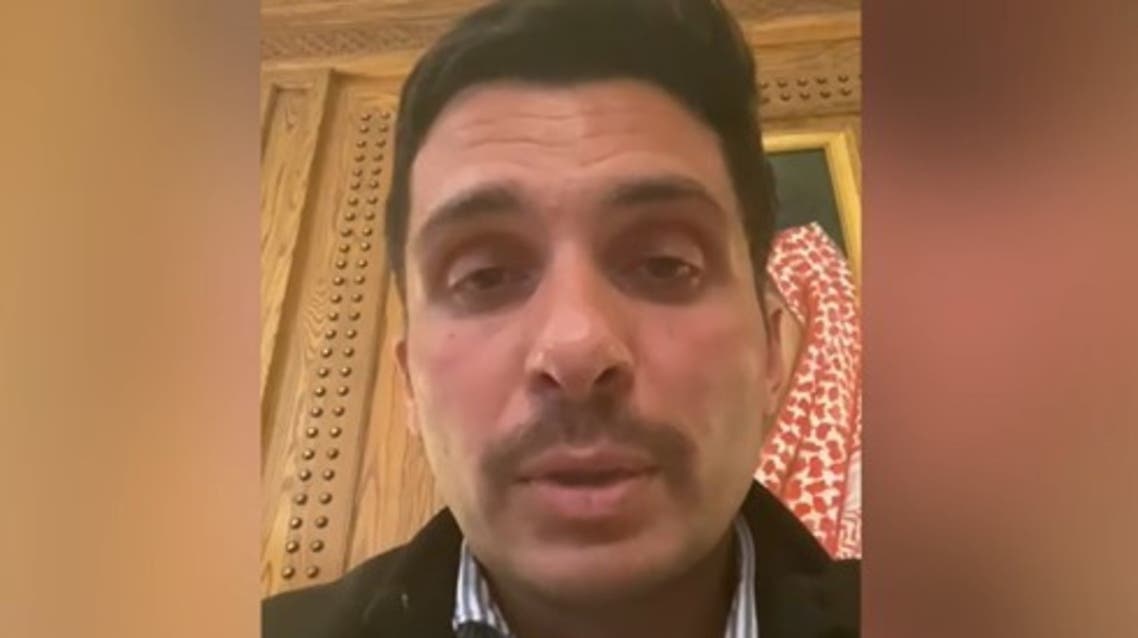 Jordanian King Abdullah’s brother and former Crown Prince Hamza bin Hussein announced in a video statement on Saturday he was under house arrest and had been instructed to stay at home and not to contact anyone,the BBC reported.

“I’m making this recording today to try to explain what has happened over the last few hours with me. I had a visit from the Chief of Staff of the Jordanian Armed Forces this morning in which he informed me I was not allowed to go out, to communicate with people, or to meet with them,” he stated.

“Because in the meetings I had been present in or on social media relating to visits that I have made, there has been criticism of the government or the king,” he added in the video, passed by his lawyer to the BBC.

He also stressed that he was not part of any foreign conspiracy and denounced the ruling system as corrupt.

He said he told the army chief: “I am not the person responsible for the breakdown in governance, for the corruption and for the incompetence that has been prevalent in our governing structure for the last 15 to 20 years and has been getting worse by the year. I am not responsible for the lack of faith that people have in their institutions. They are responsible.”

“It has reached a point where no one is able to speak or express opinion on anything without being bullied, arrested, harassed and threatened.”