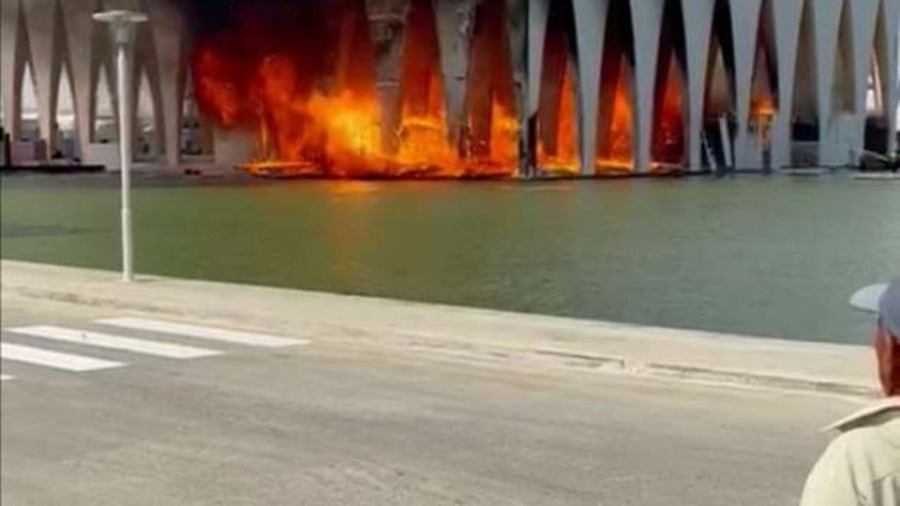 A massive fire broke out in the main hall of the El Gouna Film Festival site in Egypt on Wednesday, one day ahead of the opening ceremony of the fifth edition.

The El Gouna Film Festival administration declared in a statement that the blaze has been brought under control. The cause of the fire has not been disclosed and no injuries have been reported.

No further details have been provided on the incident.