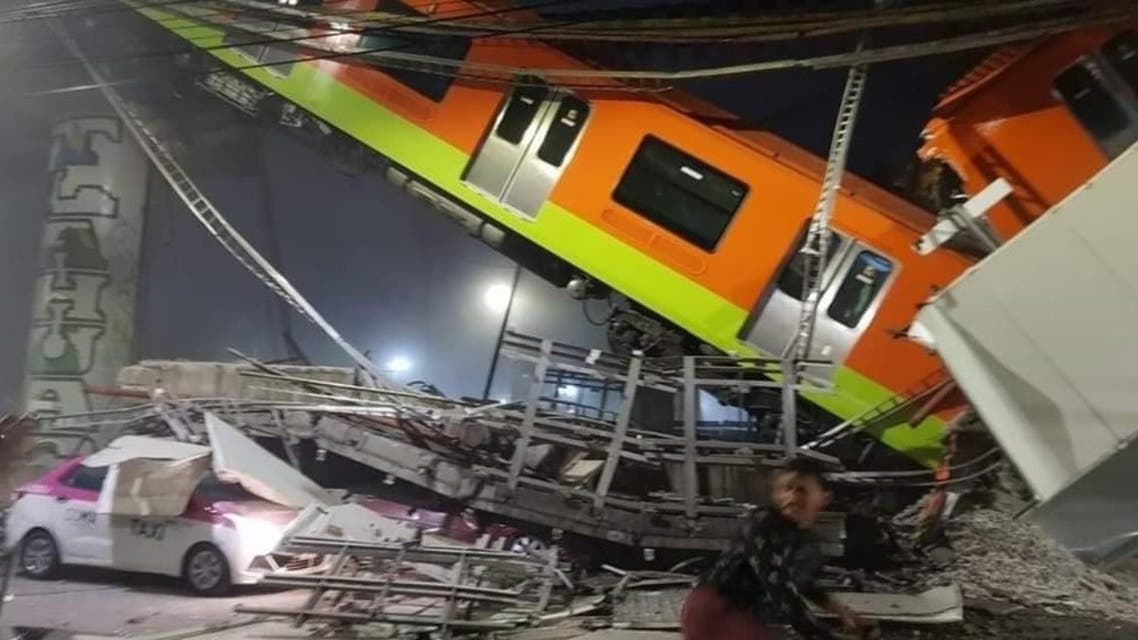 Twenty people died and 49 were hospitalized when a railway overpass crumpled onto a busy road in Mexico City on Monday night.
Rescue efforts for potential survivors were suspended shortly after the accident, authorities stated, because of the danger that more of the Metro overpass and train cars could slam down onto the road.

Mexico City Mayor Claudia Sheinbaum announced the rescue had been suspended “because the train is extremely weak.” A crane was being brought to the site to stabilize the train carriages so rescuers could resume their work, she said.
Sheinbaum said seven of the people carried to hospital were in a “grave condition” and undergoing surgery. She earlier declared a total of around 70 people had been injured.