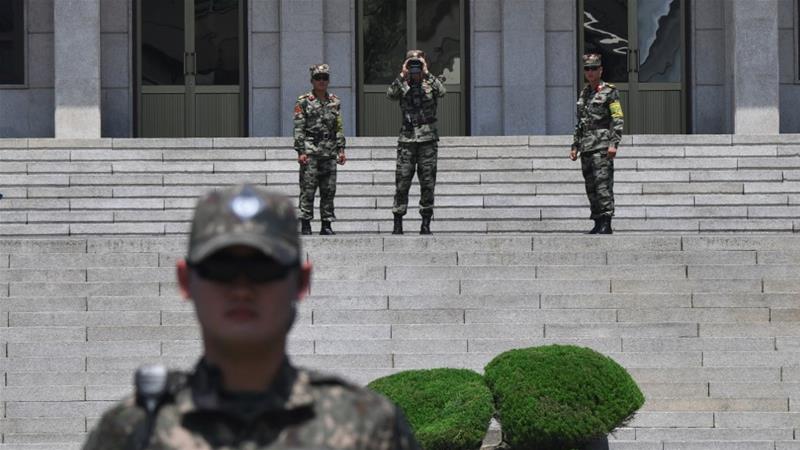 The rare exchange of gunfire comes a day after North Korean state media reported that leader Kim Jong Un had made his first public appearance in nearly three weeks following an absence that triggered intense speculation about his health and fears about the stability of the isolated nation.

A South Korean guard post was hit by several shots from the North, the joint chiefs of staff (JCS) in Seoul said in a statement, adding no casualties were reported in the South.

“Our military responded with two rounds of gunfire and a warning announcement,” the JCS said.

The South Korean military later said the North Korean gunshots were “not deemed intentional”, according to the Yonhap news agency.