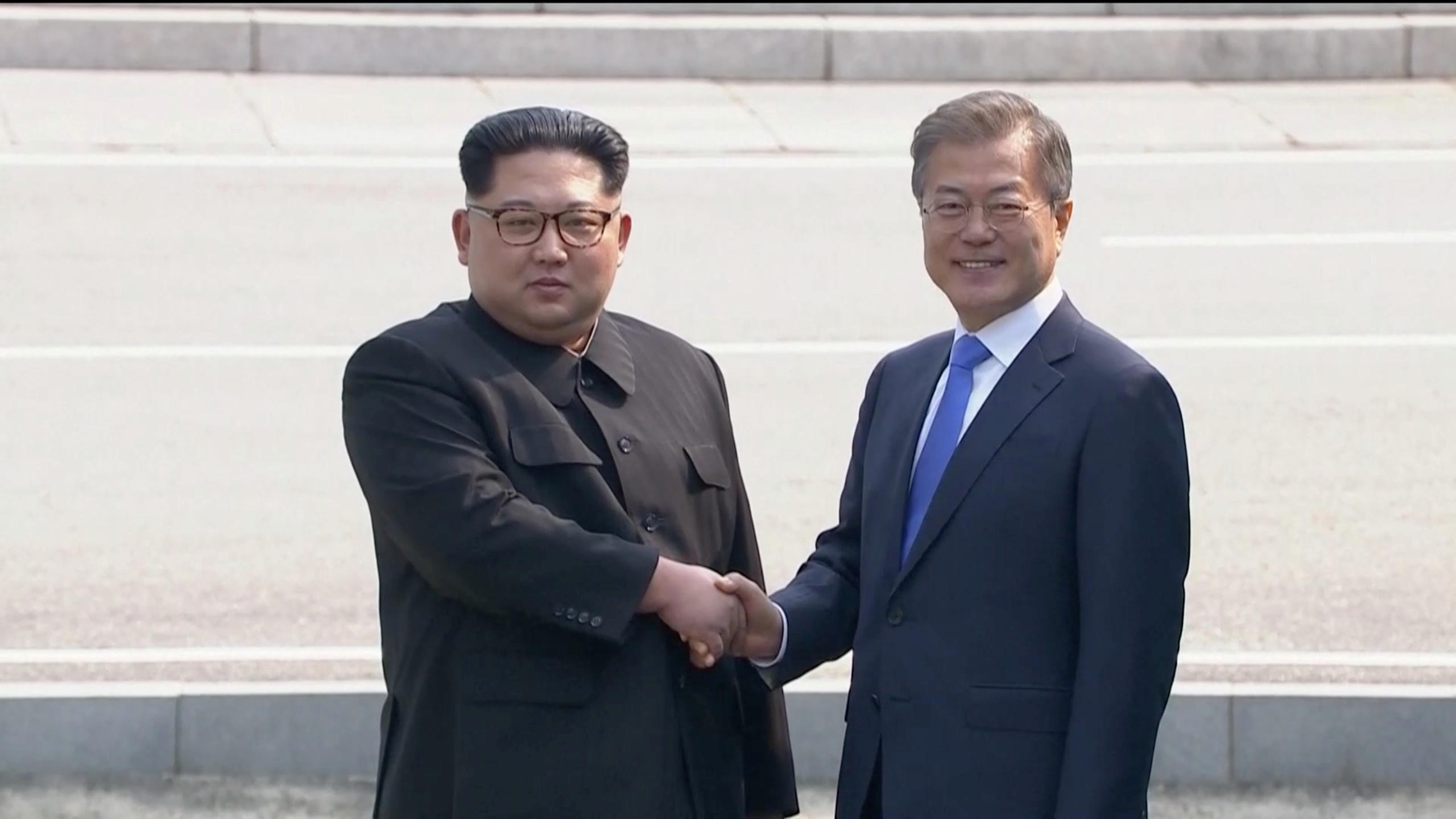 Political tensions between the rival Koreas had been rising over Pyongyang’s objections to plans by defector-led groups in the South to send propaganda leaflets into the North. Stalled negotiations regarding economic sanctions imposed because of the North’s nuclear weapons programme had also fuelled tensions.

It was not immediately clear why North Korea had softened its position, which came after it blew up a liaison office last week and cut off communication hotlines with the South.

North Korean leader Kim Jong Un presided over a video conference meeting of the ruling party’s Central Military Commission on Tuesday, where members “took stock of the prevailing situation” before deciding to suspend the military plans, the report said, without elaborating.

North Korea’s military was seen removing about 10 loudspeakers near the demilitarised zone (DMZ) on Wednesday, just days after they were seen reinstalling around 20 of the devices, South Korea’s Yonhap news agency reported, citing unnamed military sources. About 40 such systems were taken down after the two Koreas signed an accord in 2018 to cease “all hostile acts”.

A spokesman for South Korea’s Unification Ministry, which handles relations with the North, said it is monitoring the situation and had no change in its stance that inter-Korean agreements should be kept.

The ministry also confirmed reports that a number of official North Korea propaganda websites had removed some articles critical of South Korea, though the spokesman said it was unclear why.

Kim’s sister, Kim Yo Jong, warned last week of retaliatory measures against South Korea that could involve the military, without elaborating.

The General Staff of the Korean People’s Army (KPA) later said it had been studying an “action plan” that included sending troops into joint tourism and economic zones, reoccupying border guard posts that had been abandoned under the 2018 pact, taking steps to “turn the front line into a fortress,” and supporting plans for the North to send its own propaganda leaflets into the South.

Jenny Town, with the U.S.-based North Korea-monitoring website 38 North, said anti-South Korea rhetoric from the North over the past week had left room for flexibility, but it was still unclear where the latest moves will lead.

“Overall, it doesn’t appear that the North has necessarily wanted to be overly provocative,” she said. “While it seems set on reversing the measures taken in the inter-Korean agreements -in a dramatic fashion – so far, the rhetoric has already been milder since the demolition of the liaison office.”

The KCNA report sent shares of South Korea’s defence-related firms, which have risen during the heightened tensions, into a tailspin early on Wednesday. Victek Co Ltd, Speco and Firstec Co Ltd tumbled more than 20% each, while the benchmark KOSPI and junior KOSDAQ was trading up 1.3% and 0.9%, respectively, as of 0032 GMT.