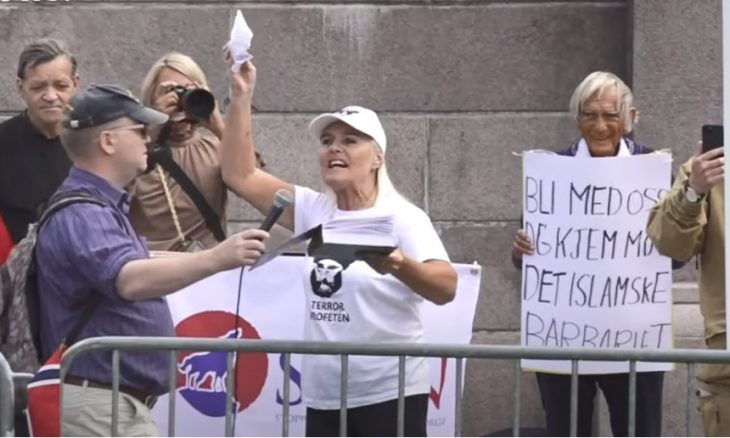 Clashes broke out at an anti-Islam rally in the Norwegian capital of Oslo on Saturday, prompting authorities to end the event early.

The rally, organized by the group Stop Islamization of Norway (SIAN), took place near the parliament building.

The situation came to a head when a female member of SIAN ripped pages from the Quran and spat on them, news agency NTB reported.

The woman, who has previously been charged and acquitted of hate speech, told counter-protesters: “Look, now I will desecrate the Quran.”

Clashes then erupted, with counter-protesters throwing eggs at SIAN members and attempting to jump police barricades.

Some counter-protesters also began kicking a police van and climbing on the hood of the vehicle.

The protest in Norway comes on the heels of a similar incident in the Swedish city of Malmo on Friday, where protesters clashed with police after right-wing extremists burned a copy of the Quran.