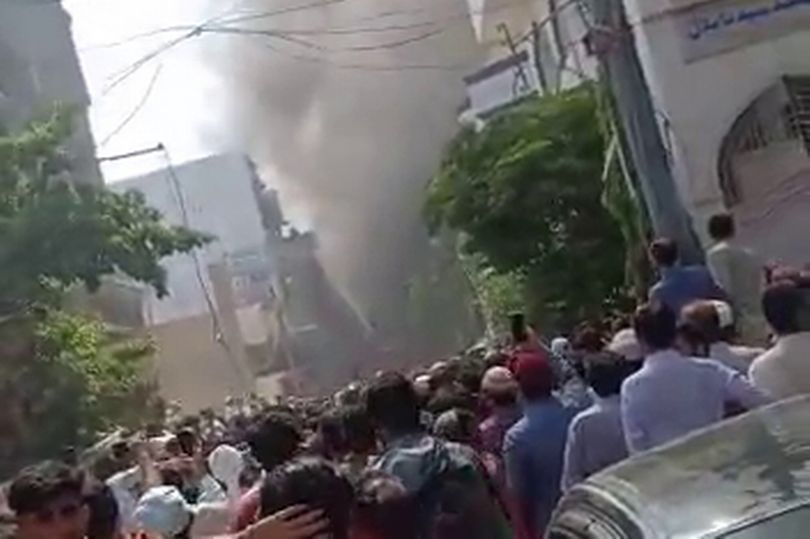 A passenger jet flying from Lahore to Karachi has crashed into buildings near Karachi Airport, with casualties reported.

The Airbus A320 crashed as it approached Karachi to land. There were discrepancies over reports of the number of passengers, with a spokesperson for Pakistan International Airlines, the carrier in question, telling Reuters news agency there were 107 onboard

Footage shows smoke billowing from the site of the crash, which is said to be a PIA PK 320 Airbus.

Local media is reporting that four houses have been damaged in the crash.

Pakistan’s Army and a large police presence are already on the scene of the crash.