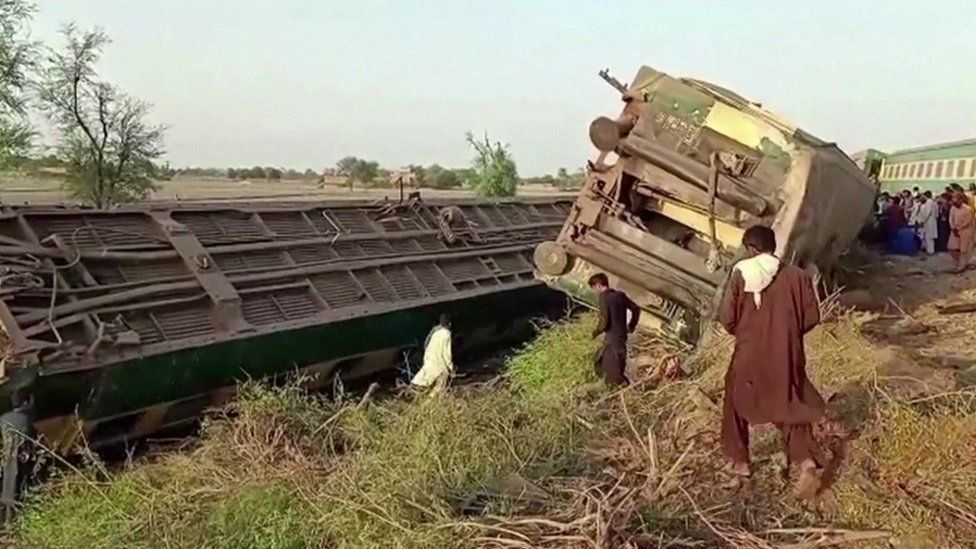 A Pakistani train smashed into derailed carriages from another train on Monday, killing at least 33 people, government officials said, in the latest accident to highlight the perilous state of a more-than-150 year old railway system.

The death toll was likely to rise as rescuers struggled to reach people trapped in several mangled compartments strewn across the tracks in the southern province of Sindh.

A Pakistan Railways spokesman said at least 33 bodies had been taken to hospitals, among them two railway officials. More than 100 people were injured, he told Reuters.

An injured passenger from the first train told of the double disaster.

“We felt as if we had been thrown away,” the man, who had a bandaged head, told a television reporter from hospital, speaking of the initial derailing of his train.

“The second train then hit our train that caused more damage,” he said.

The Pakistan Railways spokesman said several carriages of the first train fell across the adjacent track after the derailment in the Ghotki district.

The second train, coming from the other direction, then smashed into them, he added.

“The driver tried to apply emergency brakes but the locomotive hit the infringing coaches,” Pakistan Railways said in an initial report.

“The track has got issues on several points, the coaches are old, some as old as 40 years,” railway official Khalid Latif told Geo News TV.

“I’ve told high ups several times ‘please do something about it’,” he said.

Prime Minister Imran Khan said on Twitter he was shocked by the “horrific” accident and was ordering a comprehensive investigation into railway safety.

Accidents on the decrepit system are common.

In 2005, in the same district about 130 people were killed when a crowded passenger train rammed into another at a station and a third train hit the wreckage.

Successive governments have been trying to secure funds to upgrade the system for years. Recently, Pakistani officials have been hoping China might help to finance work on the network as part of its Belt and Road Initiative of energy and infrastructure projects.

“It’s very unfortunate,” Information Minister Fawad Chaudhry said of the crash. “Our railway system has needed an overhaul for a long time.” 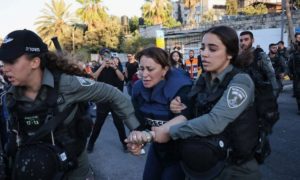