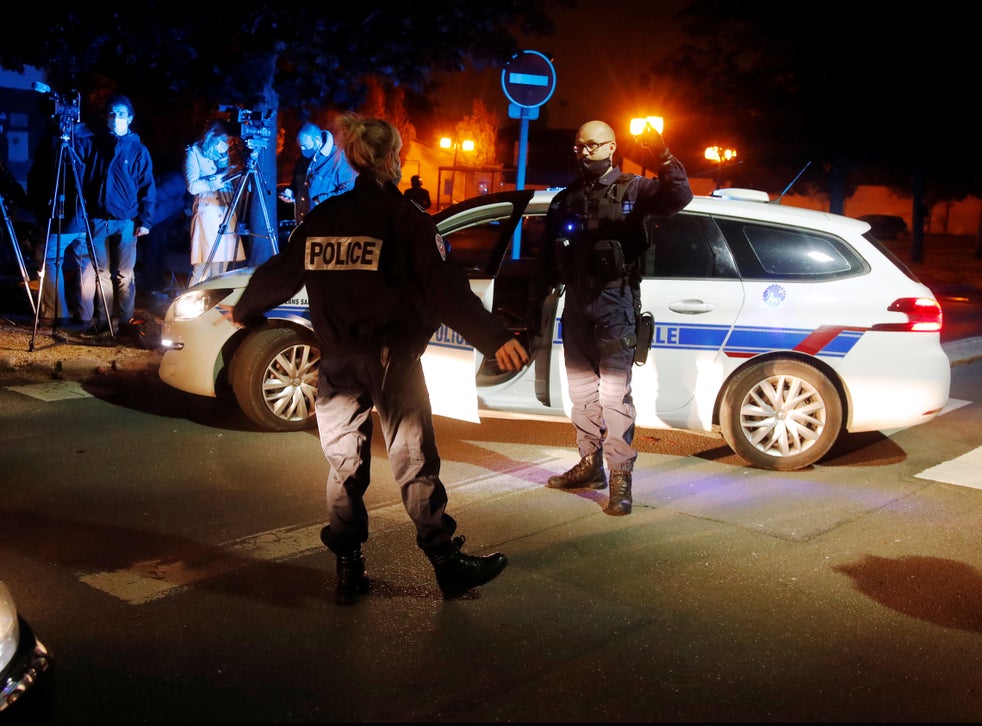 Nine people have been detained over the beheading of a French school teacher in a Paris suburb on Friday. The suspect shot dead by police shortly after the attack, was an 18-year-old Chechen, according to an AFP source.

The History and geography teacher Samuel Paty, 47, previously received death threats for producing the images in a lesson on freedom of expression

France 24 reported that the two detained parents had signalled their disagreement with the teacher’s decision to show the cartoons. Others detained for questioning are members of the suspect’s social circle but not family members.

The teacher had recently discussed caricatures of the Prophet Mohammed in class, according to police and media sources.

France’s anti-terror prosecutor said it was investigating the attack, which took place in Conflans-Sainte-Honorine, a suburb north-west of Paris, at around 5:00 pm (1500 GMT) on Friday.

Macron headed to the scene following an emergency meeting at the French interior ministry.

“A citizen has been murdered today because he was a teacher and because he taught freedom of expression,” Macron said near the school where the teacher was killed.

“Terrorists will not divide France, obscurantism will not prevail,” Macron added.

Donald Trump says he might leave US if he loses to Joe Biden
UK coronavirus cases rise to 705,428, with 150 more deaths in 24 hours
To Top