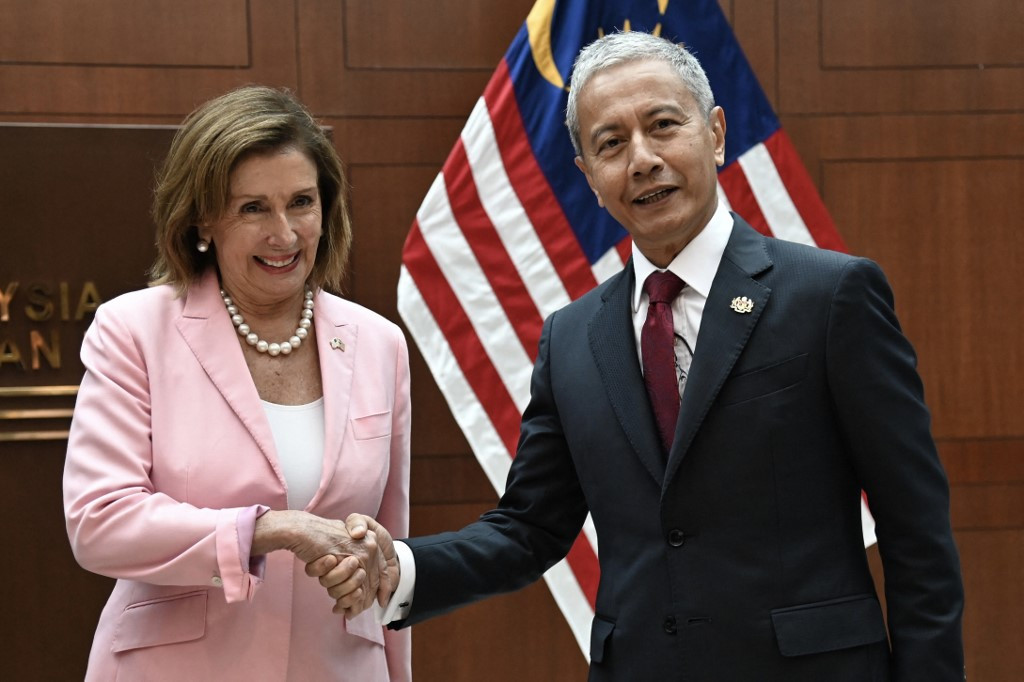 United States House of Representatives Speaker Nancy Pelosi left Taiwan on Wednesday after a two-day official visit to the island, as tensions between Washington and Beijing increased due to the highest-ranking visit by US officials in the last 25 years.

Before her delegation’s plane took off from Taiwan’s Songshan Airport, six F-15 fighter jets and three tanker aircraft took to the air from the American military base in Okinawa, as per Japanese media. Pelosi is headed to South Korea next as part of her tour in the Asia-Pacific.

In response to the speaker’s visit, China has announced live-fire drills and “special military operations” in the South China sea surrounding Taiwan.