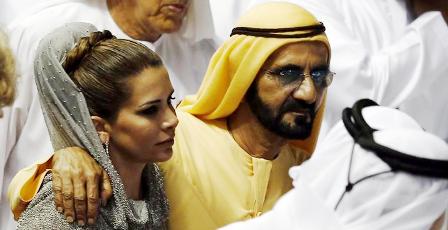 Various international media sources have reported that Princess Haya bint Hussein wife of Sheikh Mohammed bin Rashid Al Maktoum has left the United Arab Emirates (UAE) with her children Jalila, 11, and Zayed, seven toward Germany.
Requesting political asylum and asking for a divorce, Princess Haya is claimed to have been helped by a German diplomat after fleeing the Sheikh. According to The Sun, the princess has taken £31million to commence her new life.

Daughter of the late King Hussein of Jordan, Princess Haya reportedly escaped her husband because she was frightened for her life.