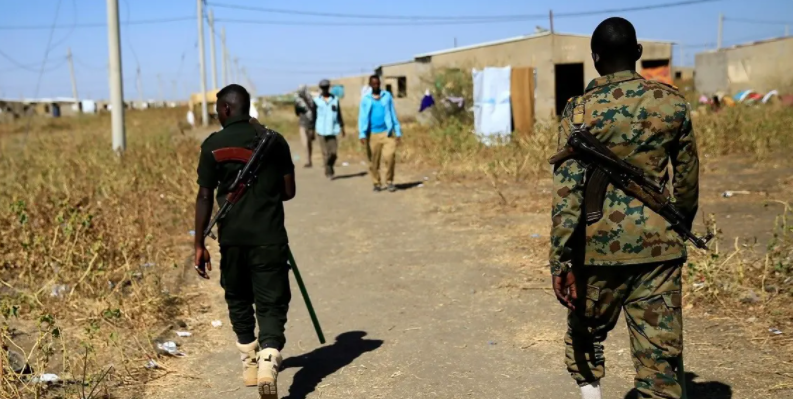 A BBC reporter and two translators working with journalists from the Financial Times and Agence France-Presse (AFP) news agency have been detained in Ethiopia’s northern Tigray region, according to their employers.

Fitsum Berhane was arrested at his home in the regional capital Mekelle on Friday night after working for a team of AFP journalists for three days, the agency said in a statement.

Alula Akalu, who was working with the Financial Times, was arrested at a restaurant in the same city on Saturday, the newspaper reported.

Girmay Gebru, a reporter with the BBC’s Tigrinya language service, was taken from a cafe in Mekelle along with four other people, the broadcaster reported, without saying when.

AFP and the FT said they had government permission to report in Tigray. Until this month, the region had been off limits to most international media since fighting erupted in November between the military and the region’s former governing party, the Tigray People’s Liberation Front (TPLF).

Asked about the arrests, Mulu Nega, head of Tigray’s interim administration, told Reuters on Tuesday that the three were still under investigation, but gave no more details.

AFP said Tigray authorities had indicated that the two translators were under investigation, but the agency had not been informed of any charges against Fitsum.

“His collaboration with a media outlet should not be a motive for his arrest, and we call for his immediate release,” said AFP’s global news director Phil Chetwynd.

A Financial Times representative said the paper was working to secure the release of the two translators and understand the reason for the arrests.

The BBC said it had yet to establish the reason for Girmay’s detention but had expressed concern to Ethiopian authorities.

The head of the government’s task force on Tigray did not immediately respond to requests for comment on the three detentions.

Prime Minister Abiy Ahmed has overseen sweeping reforms since taking office in 2018, including the unbanning of more than 250 media outlets and release of dozens of journalists.

However, rights groups say press freedom has eroded as the government faced outbreaks of deadly violence including the conflict in Tigray.

“The scarcity of independent reporting coming out of Tigray during this conflict was already deeply alarming,” the New York-based Committee to Protect Journalists (CPJ) said in a statement calling for the three Ethiopians’ release.

Media watchdogs reported the arrests of at least 13 journalists in Ethiopia last year. Reuters cameraman Kumerra Gemechu was detained in December and held without charge for 12 days before being released. No reason was given for his arrest.

Abiy’s government declared victory over the TPLF after its forces withdrew from major cities and towns at the end of November. However, low-level fighting has continued in some parts.