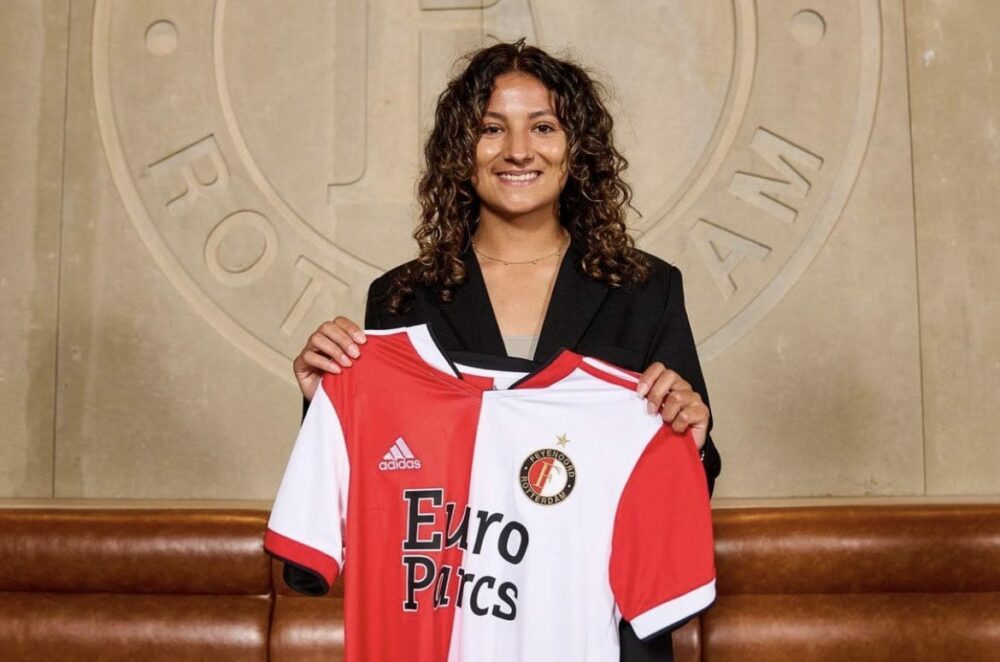 Tunisian international striker from Excelsior Rotterdam (Netherlands), Sabrine Ellouzi, has joined Feyenoord until June 2023. With a record of 6 goals and 5 assists in 20 Eredivisie games last season, the 24-year-old striker stated on her arrival: “I am extremely proud to have signed a contract with Feyenoord. I think it’s a good thing to partake in building a bigger team. I would like to play a vital role in the team from next season by scoring many goals and giving assists. I can’t wait to begin the coming season.”

Manon Melis, women’s football coordinator at Feyenoord, was delighted with her recruitment: “Sabrine has been playing at the highest level for some time. She likewise knows what it’s like to win league titles and play Champions League games. We believe that the qualities that Sabrine has and the experience that she has will be an addition to us. She is welcome at Feyenoord Women”.