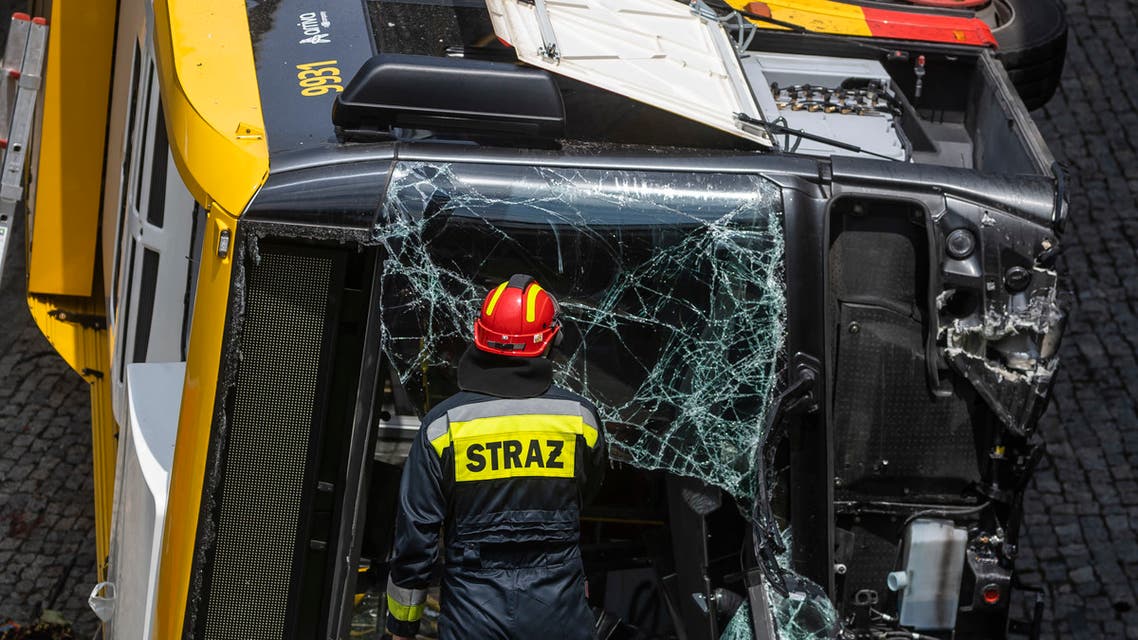 Six people were killed and 40 others injured on Friday night when a Ukrainian bus broke through highway barriers and crashed near Poland’s border with Ukraine, authorities said.

The accident happened around midnight on the A4 highway near the south-eastern town of Jaroslaw when the bus broke through guardrails for reasons unknown and landed on its side in a ditch, the police said.

“The toll from the crash is six dead,” and around 40 injured among the 57 passengers and drivers of the double-decker coach, Marcin Betleja, the spokesman for firefighters from Rzeszow told Polish broadcaster TVN24.

Eight of the injured are in a serious condition, medical services added.

Doctors said that many passengers, all Ukrainian, had not worn seatbelts.

Media reported that the bus was traveling a regular route between Poznan in western Poland and Kherson in southern Ukraine.