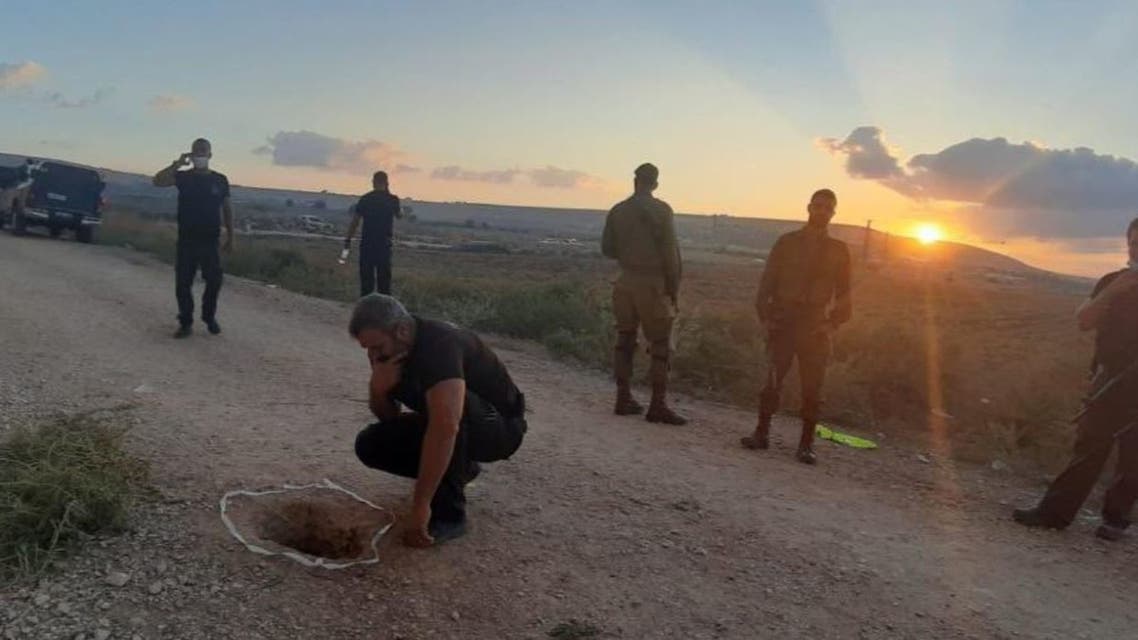 Six Palestinian prisoners, most of them serving life term for resisting the Israeli occupation, broke out this morning of Gilboa prison in the north of Israel after digging a tunnel, according to Israeli reports.

They said prisoners spent months or maybe years digging the tunnel that led them to escape during the night. Their breakout was not detected until hours later as the Israel army started a wide scale search for the prisoners.

The prisoners were identified as:

Mahmoud Abdallah Arda, 46, from Arraba town near Jenin, arrested in 1996 and serving a life sentence.

Mohammad Qassem Arda, 39, from Arraba, arrested in 2002 and serving a life sentence.

Yacoub Mahmoud Qaderi, 49, from Beir al-Basha near Jenin, arrested in 2003 and serving a life sentence.

Nayef Kamamji, 35, from Kufr Dan, near Jenin, arrested in 2006 and serving a life sentence.

Zakaria Zubeidi, 46, from Jenin refugee camp, arrested in 2019 and was not sentenced.