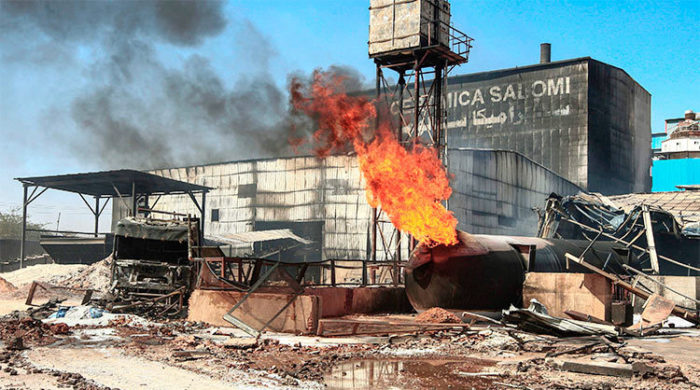 23 people were killed and more than 130 wounded when a fire broke out following a gas tanker exploded while unpacking at a ceramics factory in the Sudanese capital Khartoum.

The explosion at a factory in a northern suburb was so strong it blew the tanker into a nearby lot, according to witnesses and a senior civil defence official.

The victims’ involved employees of different nationalities, amongst them some from Asian countries, medical sources said.
Those wounded were transported to hospitals in the capital. Some were in critical condition, a local police chief said.

Chile -Bus crash kills at least 20
Video -Trudeau, Macron and Johnson appear to be joking about Trump in a candid video
To Top