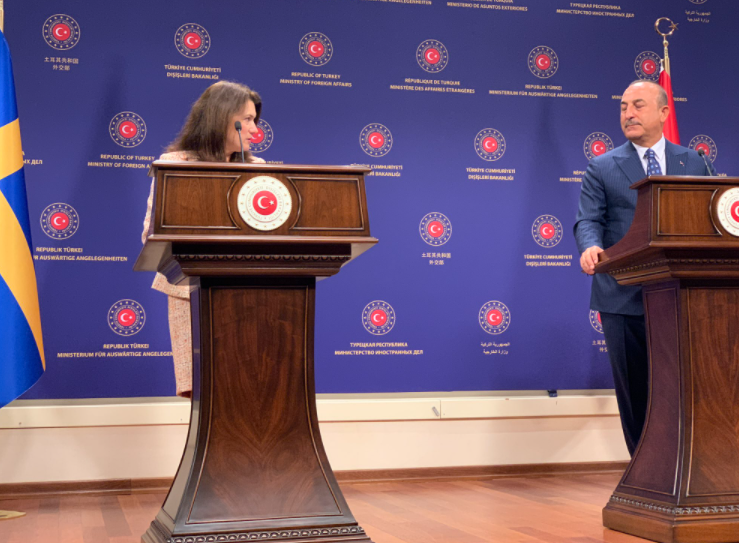 Sweden’s foreign minister on Tuesday subtly criticized Turkey over its curbs on freedom of expression, after her Turkish counterpart took a swipe at Stockholm’s policies during a joint news conference that quickly turned tense.

Standing alongside Ann Linde, Turkish Foreign Minister Mevlut Cavusoglu rebuked the Swedish minister for urging Turkey to withdraw troops from Syria and among other things, accused Sweden of supporting Kurdish militants as well as remaining silent over Greece’s alleged mistreatment of migrants — allegations which Greece denies.

“I want to ask this: On whose authority are you telling Turkey to withdraw from Syria or warning Turkey?” Cavusoglu asked. “If you are so sensitive on human rights, why don’t you for once criticize Greece?”

Linde responded to Cavusoglu rebuke by saying: “I am your guest. I would not take a debate here.”

“I will just hope that everybody in Turkey will have the possibility to express their views as frank as you are doing, minister,” she said.

It was a thinly-veiled reference to Turkey’s much-criticized record on freedom of expression, including the jailing of scores of journalists and pro-Kurdish politicians.