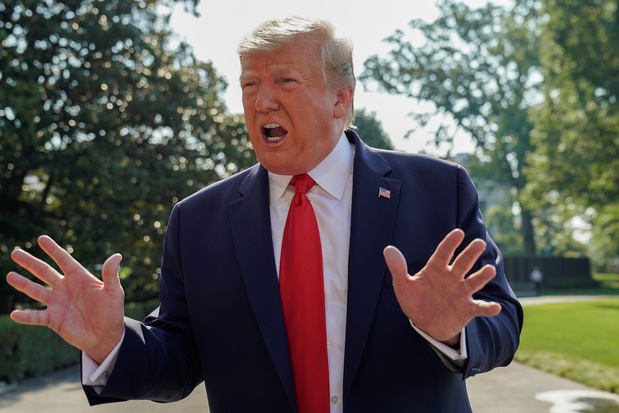 President Donald Trump has warned to crash Turkey’s economy if the country goes “off limits” following his surprise choice to remove US forces out of north-eastern Syria.

Trump justified his resolution to move aside US forces writing on Twitter that “it is time for us to get out of these ridiculous Endless Wars, many of them tribal, and bring our soldiers home.”

“WE WILL FIGHT WHERE IT IS TO OUR BENEFIT, AND ONLY FIGHT TO WIN,” the President continued. “Turkey, Europe, Syria, Iran, Iraq, Russia and the Kurds will now have to figure the situation out, and what they want to do with the captured ISIS fighters in their “neighborhood.” They all hate ISIS, have been enemies for years. We are 7000 miles away and will crush ISIS again if they come anywhere near us!” he added. 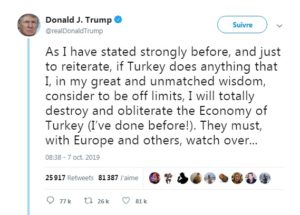