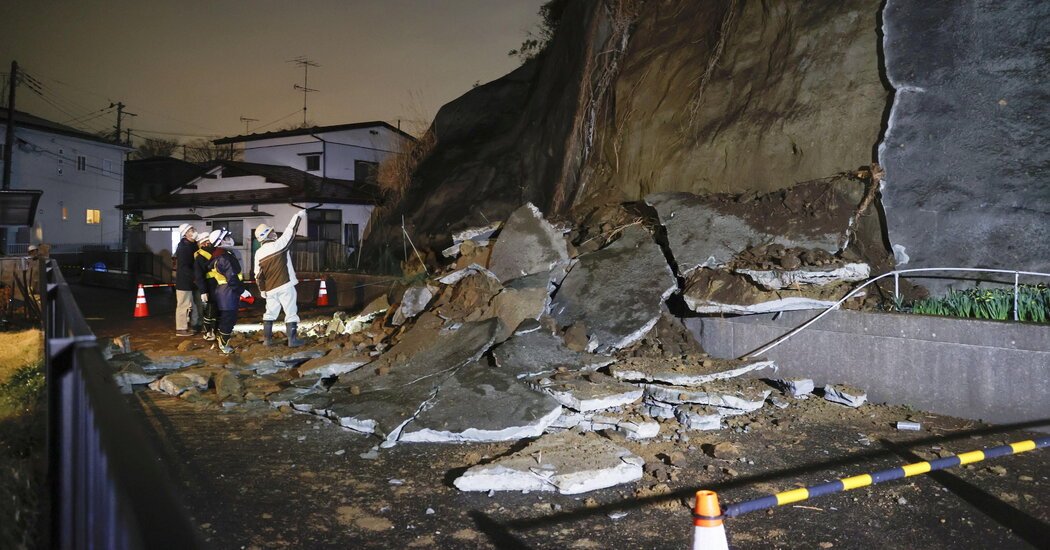 Japan’s Meteorological Agency issued a tsunami warning on Saturday following a 7.2-magnitude earthquake that has recently hit the area off the east coast of Honshu.

All citizens in the area were told to immediately get out of the water and leave coastal regions due to a tsunami with a predicted height of up to 1 meter being expected to strike the coastal regions of Miyagi. The advisory was lifted an hour following the shake.

Earlier today, Japan was rocked by a 7.2-magnitude in the northeastern part on Saturday evening.

The earthquake, which hit just after 6 p.m., lasted for over 30 seconds and could be felt greatly in Tokyo, hundreds of miles from the epicentre.

The epicentre was roughly 35 miles below the ocean’s floor off the coast of Miyagi Prefecture, according to the Japan Meteorological Agency.