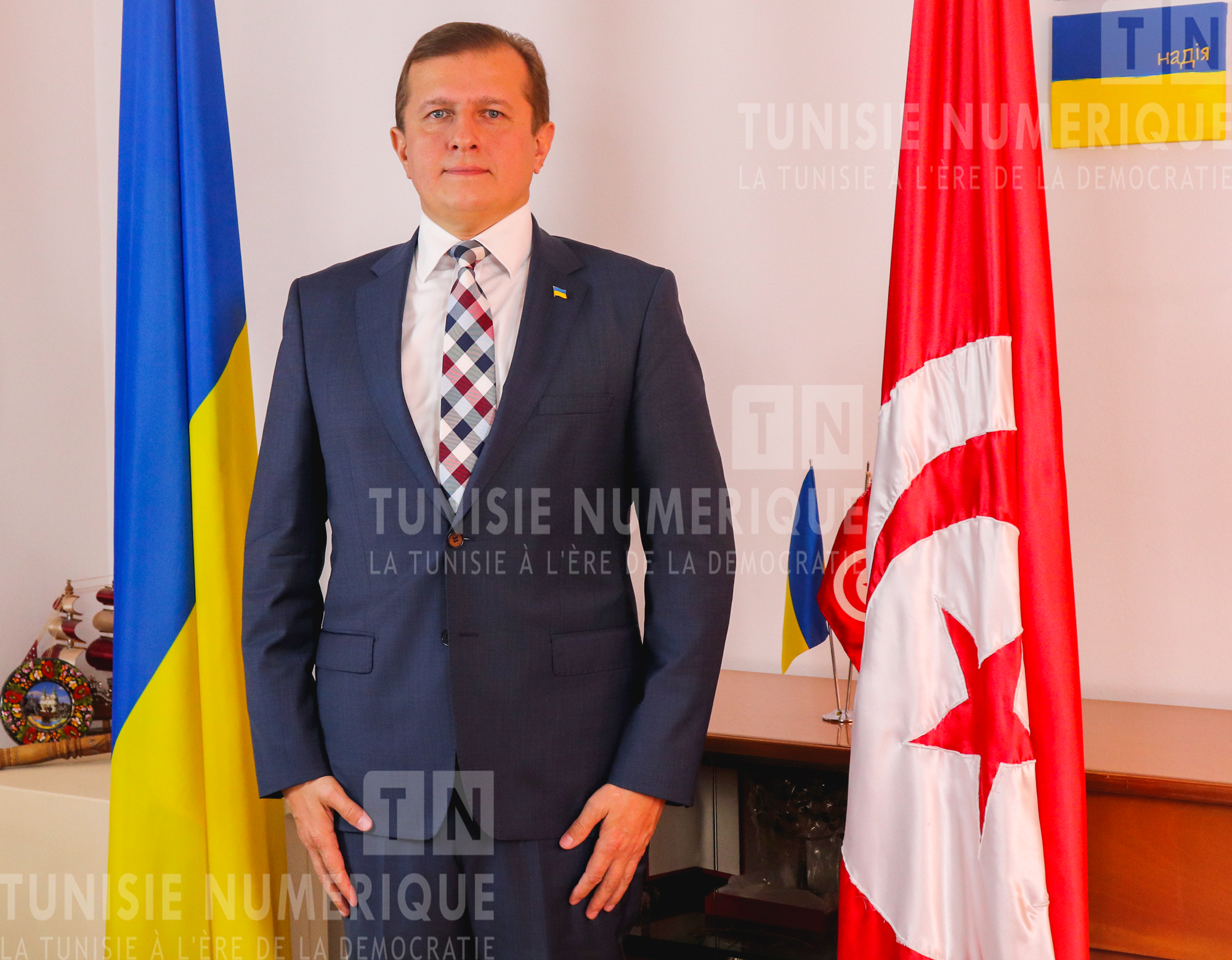 Tunisie Numérique had the honour to conduct an exclusive interview with Ukraine’s ambassador to Tunisia Mr Volodymyr Khomanets.

At the beginning of the interview, Mr Khomanets said that Russia is losing on the battlefield trying to fight Ukrainian civilians which according to him really proves that Russia is in fact a terroristic state, adding that this approach is the approach of the regime of Putin which just demonstrates that they are losing this war because they almost lost their war on the battlefield”

He further pointed out to targeting of civilians and damaging Ukraine’s infrastructure, believing that this is the last approach the failed Russian regime to achieve any goals but it will fail for sure because Ukrainian civilians are stronger than ever before.

” We don’t any options we will not give up, in any case, we will win this war and support from the international world from our friends and partners is really important for us to finish this war with the victory of Ukraine”, said Mr Khomanets.

He likewise asserted receiving military and financial aid from foreign partners in addition to success on the battlefield.

‘They are trying to postpone their end just using their terror missiles attacks on Ukrainian civilian and infrastructure and we Ukrainians call on foreign partners to speed up giving Ukraine all of this aid first of all and military ammunition’, said the ambassador, adding that that will strengthen Ukraine system.

“Especially now we need to close our skies to strengthen our anti-missile system, so we will be more powerful to liberate our lands and finish this war as soon as possible with the Ukrainian victory. We call on foreign partners to speed up the process of providing Ukraine with modern ammunition,” said our speaker pledging at the same time that on behalf of Ukraine it will be used to liberate territories, stressing that the international community will see how Ukraine’s society is strong and  how many Ukrainian military forces are more and more successful on the battlefield with Kherson liberation being a powerful sign to everybody that Russia already failed in this war it was just time for them

The entire interview will be published later…