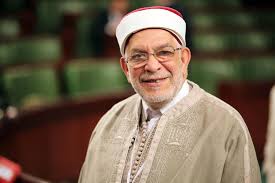 With the official 2019 Presidential elections, the TAP agency started publishing biographies of all nominees

Below is Abdelfattah Mourou biography:

Born on 1 June 1948, Abdelfattah Mourou obtained his higher education from the faculty of Law and Political Sciences of Tunis and the College of Sharia and Fundamentals of Religion.

Morrow engaged in student movements in institutes and universities in 1981. He also had religious activities by preaching in mosques for Friday sermon.

He is one of the founding fathers of the Islamic movement in the 60, the movement turned to a political movement called Ennahdha which he served as its Secretary-General.

He was constrained to various forms of oppression, including imprisonment, house arrest, and travel bans, because of his political association with the youth Social mobility that opposed power in the 1970s and 1980s.

Mourou was elected as First Vice President of the Assembly of the Representatives of the People since 2014.