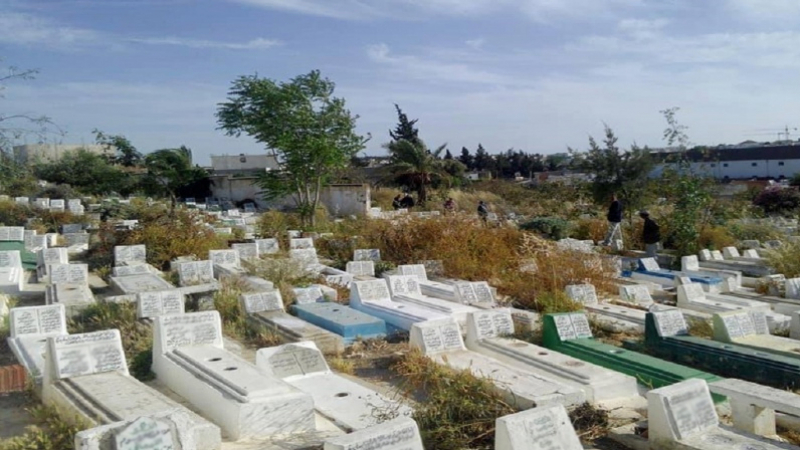 Nearly 30 cemeteries in Grand Tunis have reached their saturation point, according to the results of a preliminary study on cemeteries. The capacity of twenty-six others is between 75 and 100%.

The same study affirms the possibility of reusing some 60,000 graves by 2028.

The regions of Grand Tunis (Tunis, Ariana, Manouba and Ben Arous) have a total of 90 cemeteries covering 150 ha with a capacity of 270,000 graves.

These cemeteries are already suffering from congestion despite the extension operations carried out in particular in El Jellaz.

According to the director of the urban planning unit at the Ministry of Equipment and Housing Hakima Saii Zarzri, the department had started the study since 2018 which aims to identify new real estate reserves of the State and put them to the provision of municipalities for the construction of new cemeteries.

The study carried out with investments of 100,000 dinars and which will be ready next year proposes the development of 10 new sites for the construction of cemeteries with an area of ​​30 ha each.

The study also highlights the need to amend Law 12/1992 on cemeteries as well as Decree 1326 dated July 7, 1995 on the development of cemeteries.

In this regard, the person in charge told the TAP agency the need to take into account, when developing and revising land use models, the needs for spaces reserved for the construction of new cemeteries.