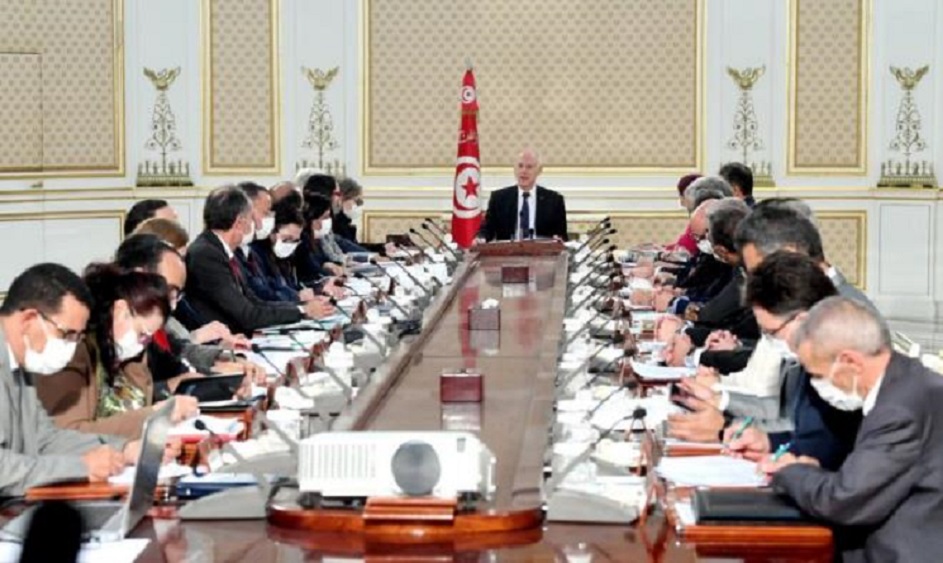 Partagez21
Tweetez
Partagez
+1
21 Partages
This is a rare enough image to be highlighted. It is actually a real Tunisian specificity, or rather of the Kais Saied era. You would nearly have to pinch yourself to make sure that this is not a figment of the imagination but a Ministerial Council. It definitely appears like a classroom with learners wisely stuck with their dictation under the leadership of “Professor” Kais Saied, though it is indeed the weekly ministerial conclave …
It is true that the professorial and authoritative tone of the President of the Republic leaves extremely few options. To such an extent that failure to carefully remark presidential directives, when the neighbouring minister clings to them with the enthusiasm required, could appear to be a rebellion.
Unthinkable under the magisterium of Kais Saied … Everyone wonders what all these super disciplined ministers can jot down in their notebooks. While their inflated staff are assumed to have settled everything down to the smallest detail, with the head of state’s office.
We are all the same in a Ministerial Council, which is assumed to be a simple formalization. So how do you clarify this bizarre and syrupy ceremony which has no reason to be and which does not serve the President of the Republic?
Partagez21
Tweetez
Partagez
+1
21 Partages