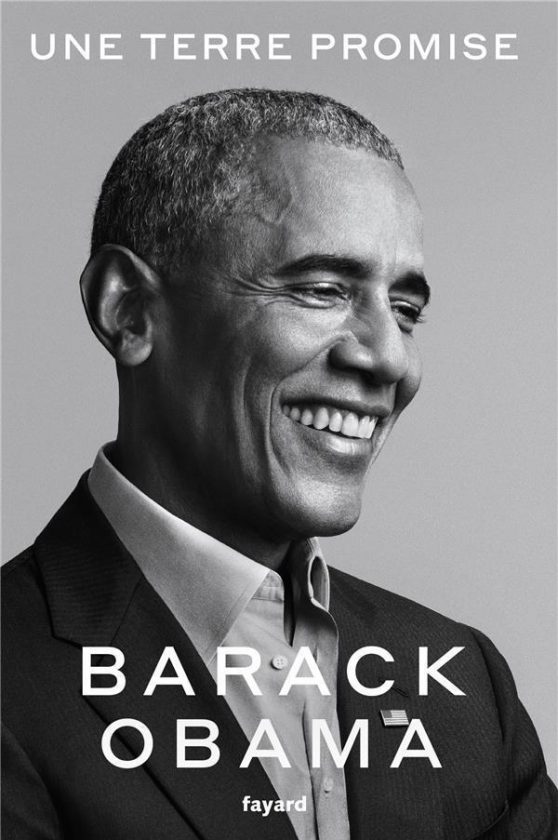 Former US President Barack Obama published his first presidential memoir, which chronicles his early life in politics, running first for congress and then later for president, and his first few turbulent years in the White House.

In this volume, composed of 848 pages and which incorporates his first presidential term between 2008 and 2012, Barack Obama examines in detail the important events of his presidency.

Among other significant events, the Revolution in Tunisia was mentioned in one of the chapters of his memoirs.

“That same month, in Tunisia, a despairing fruit seller set himself on fire in front of the headquarters of the governorate of Sidi Bouzid. It was an act of demonstration, the product of the anguish and fury of a citizen at a government he knew to be corrupt and unresponsive to its needs.

The man, Mohamed Bouazizi, 26, did not have a notoriety for being an activist and was not especially interested in politics. He belonged to a generation of Tunisians who had only known economic stagnation and the yoke of dictator Zine El-Abidine Ben Ali.

Frequently harassed by municipal inspectors, after being rejected a hearing before the judge, he ended up getting fed up. According to a witness, when it was time to burn himself, Bouazizi screamed – to everyone in general and to no one in particular: “How do you want me to make a living? ”

The pain of this fruit seller sparked demonstrations against the Tunisian government across the country, and on January 14, 2011, Ben Ali escaped with his family to Saudi Arabia. At the same time, similar movements, mainly led by young people, were born in Algeria, Yemen, Jordan and Oman, the first buds of what would become the Arab Spring ”.

“After the enormous mobilization of Tunisians who succeeded in overthrowing a dictator, the population across the country appeared to be in turmoil, driven by the hope of real change. The situation was complicated, however, and the outcome uncertain. Finally, we decided to add a simple and straightforward sentence to my speech: “Tonight, I want to say it clearly: the United States of America stands alongside the Tunisian people and supports everyone’s aspiration. peoples to democracy ”.

Tunisia-Zouhair Maghzaoui: I’m not an idiot to announce a front lead by Kais Saied
Tunisia-The three presidents meet ,send a message
To Top