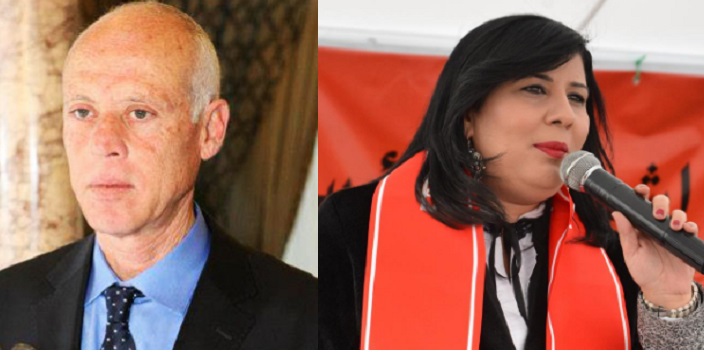 Partagez17
Tweetez
Partagez
+1
17 Partages
PDL  leader Abir Moussi estimated that the President of the Republic does not desire to proceed with the dissolution of Parliament, despite receiving the signatures of a large number of deputies and despite the advantages of this approach.
According to Abir Moussi, Kais Saied declines to resort to the said solution because, in the event of the dissolution of Parliament, the current constitution (and more precisely Article 89) demands the President of the Republic to call early legislative elections within a period of forty-five days at the earliest and ninety days at the latest.
Nevertheless, if legislative elections are held, it is the PDL that will have the parliamentary majority, revealed the politician, emphasising “the reservations” of the President of the Republic against this party.
Partagez17
Tweetez
Partagez
+1
17 Partages

Tunisia-Abir Moussi: We are ready to help Kais Saied but without breaking the law
Tunisia-Mohamed Affes denies his arrest
To Top