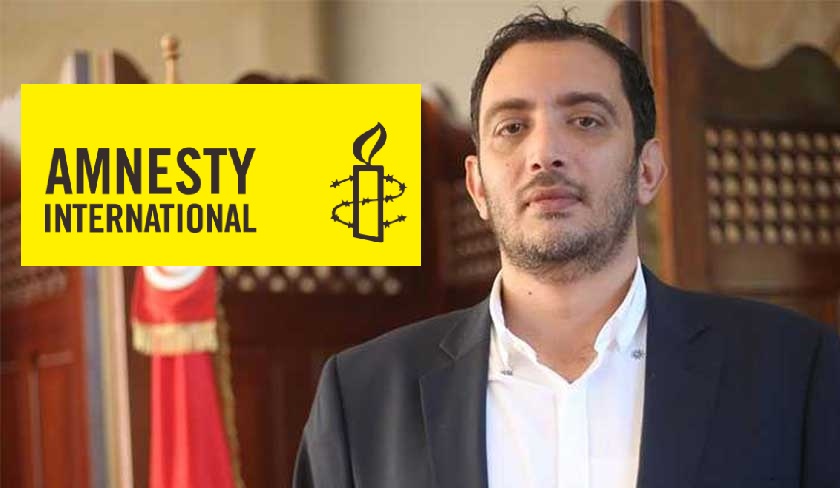 Amnesty International formally expressed its concern in a press release at the arrest of MP and leader in the Amal and 3amal movement Yassine Ayari in the afternoon of this Friday in front of his house,

Amnesty International stated the MP’s family alleged that six civilian security officers went to his home without being presented with an arrest warrant. Ayari, consequently, asked them for an explanation on the origin of the decision to arrest him. Nevertheless, the police declined to give him any information before forcibly driving him to one of the security vehicles that were parked near his house. They later took him to an unknown destination.

The same press release evoked that Yassine Ayari had strongly criticized the exceptional measures declared last Sunday by the President of the Republic Kais Saied relating to the freezing of the activities of the Parliament and the lifting of parliamentary immunity while calling them a miliaty coup d’état.