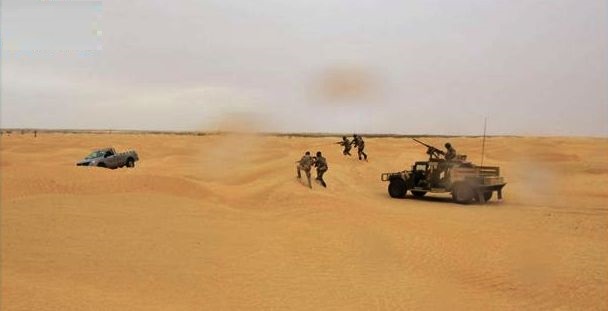 Partagez1
Tweetez
Partagez
+1
1 Partages
The army spokesman declared that a patrol of soldiers stopped a contraband vehicle in the military zone in the Sahara. Having rejected to obey the orders to stop, the driver of the car attempted to escape.
The army had to fire in the air, then in front of the vehicle, but to no avail. The soldiers finally shot the wheels of the fleeing car, forcing it to stop.
In searching the vehicle transporting contraband cigarettes, soldiers discovered three Tunisian smugglers, one of whom had been wounded. He succumbed to his injuries despite the helicopter being sent to transport him to the nearest hospital.
Partagez1
Tweetez
Partagez
+1
1 Partages